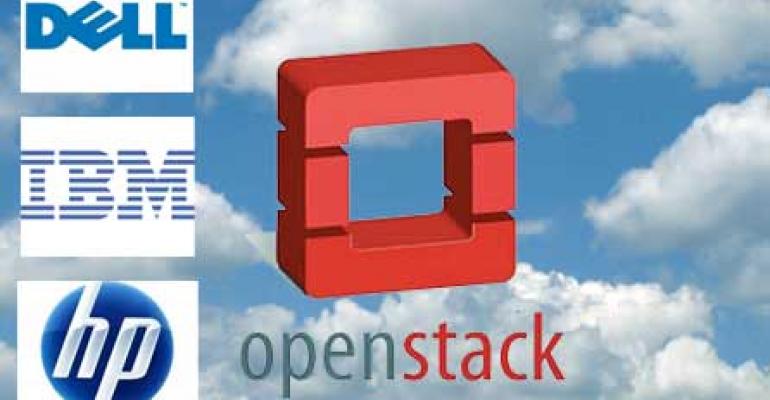 As Cloud Wars Heat Up, Server OEMs Bet on OpenStack

HP, Dell and IBM have all turned to public clouds based on OpenStack to remain relevant and position themselves to capitalize on enterprise hybrid strategies. In rolling out their own offerings, they're competing with Amazon and positioning themselves for a hybrid sale in which they sell gear and run an open cloud 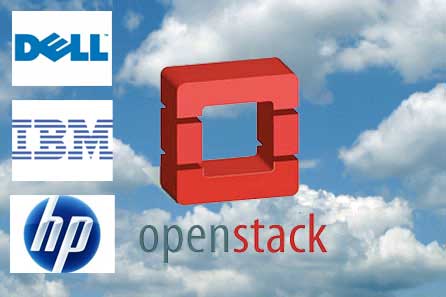 The largest server vendors are now embracing a movement that at one time represented a threat: cloud computing. In doing so, these OEMs (original equipment manufacturers) are getting into the same business as some of their largest customers, which can be a risky proposition in the IT world. But in recent years, large cloud players have used their leverage to squeeze  margins, threatening to commoditize servers. As margins have narrowed, cloud has altered the economics of the server world, and leading marquee server brands have been emboldened to launch their own cloud offerings.

HP, Dell and IBM have all turned to public clouds based on OpenStack to remain relevant and position themselves to capitalize on enterprise hybrid strategies. The move by the "Big Three" also is certain to add momentum for OpenStack, the open source cloud computing infrastructure project which grew out of a collaboration of Rackspace and NASA, and has quickly built a stable of support that includes Red Hat, Intel, Dell, Cisco, AT&T, Canonical, and SUSE.

The server vendors are seeking to build offerings that differentiate them from the public clouds offered by market leader Amazon Web Services (AWS) and Internet titans Google (AppEngine) and Microsoft (Windows Azure). In rolling out their own offerings, Dell, HP, and IBM are setting up a play for a hybrid sale in which they sell gear and run an open cloud. They've followed slightly different paths:

The three server vendors are fighting incumbent cloud player Amazon Web Services with standards. They all see hybrid cloud as the endgame and want to retain their position in the enterprise as this evolution occurs. While it might seem that OpenStack has the lead in the cloud world based on the headlines, the fact of the matter is that AWS owns the lion’s share of the cloud market, more than two-thirds by most accounts.

AWS had a head start in cloud computing and is aggressively pursuing the enterprise As AWS continues to add enterprise-friendly features, it’s a very real threat to these OEMs. Features like Availability Zones and Autoscale Groups make AWS very compelling to enterprises. The previous response by the server vendors was to simply attack cloud as not enterprise-ready, but now there's a realization that cloud, in some use, is inevitable. OpenStack is a way for OEMs to partner against AWS dominance.

Chris Kemp, CEO of Nebula and former NASA CTO, would disagree that OpenStack is competing with Amazon Web Services, mentioning in a keynote during an OpenStack event that both have completely different use cases in the industry. However, having a public cloud offering to complement private cloud is a necessity – and while the use cases might be different now, AWS is going after all cloud business.

These traditional OEMs are all making sure their gear fits inside cloudy, mega data centers. The support of cloud is in anticipation of shrinking enterprise sales for on-premises serve, with market share shifting to outsourced data centers as cloud usage increases. It’s no secret that the cloud has the potential to commoditize infrastructure, and being "cloud ready" hedges these bets. Enterprises will always trust brand names above all, so being cloud ready ensures they won’t abandon the gear and vendors they're already using. There’s acceptance that cloud isn’t a fad, so these OEMs want to make sure that as this great shift takes place, their equipment remains.

Another beneficial trend is that enterprises aren’t necessarily looking to cloud solely for cost savings, but looking to cloud to transform their business. If cloud’s appeal lies solely in saving money and moving CapEx to spending to an OpEx model, then it threatens these OEMs greatly. However, if the drive to cloud is brought on by using it as a competitive edge, then the likelihood of cutting relationships with technology providers is greatly reduced. As the message steers away from purely cost-savings, there is a golden opportunity in cloud, and backing OpenStack, the frontrunner, makes sense.

Others are Doing It

Big OEM players supporting OpenStack definitely has a chance to tip the scales. All of the support for the movement flooding in means that it’s no longer viewed as solely a Rackspace controlled thing. As this support has come in, another argument has arisen of “too many cooks”. With so many contributors to OpenStack, there stands to be some disagreement, some lack of true progress. AWS has been maintaining its lead thanks to quick release cycles. It’s able to turn around and implelement features at a quicker pace, and is in production in far greater numbers than OpenStack. This might be the impetus for Citrix moving CloudStack to the Apache Software Foundation, a very proven community.

The biggest immediate impact that OEM support for OpenStack has is on the other open clouds. As OpenStack continues to garner support, it comes closer to emerging as the standard. Despite added backing, there also remains looming concerns that the project’s code remains immature.  CloudStack, OpenNebula, Eucalyptus have all found their niches in the enterprise. OEMs backing OpenStack arguably tips the scales to OpenStack’s favor, as it’s a vote of confidence and assurance that OpenStack will be deeply used in the enterprise.

Despite the openness of the project, becoming a de facto standard doesn’t necessarily commoditize cloud. While the OpenStack platform is open, the solutions being built atop of OpenStack use proprietary pieces and value-adds. More and more companies are bringing cloud products to market that are built on OpenStack. Examples include: Rackspace Cloud: Private Edition, an OpenStack-powered cloud backed by Rackspace Hosting’s managed services and operational support, HP Private Beta Program for OpenStack Cloud, Piston Enterprise OS released by Piston, and Internap’s commercially available public cloud compute service based on the OpenStack open source platform. All put their commercial spin on open cloud.