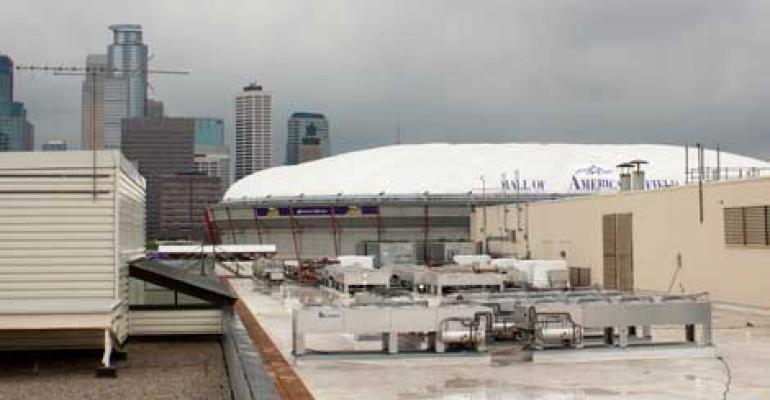 If You Like the Internet, Don't Knock Down That Building

Sometimes a low-key data hub needs to make its presence felt. That was the case in 2012 for the owners of the 511 Building, the primary telecom hotel in Minneapolis, Minnesota, when a plan was floated to tear it down to make way for a new sports stadium. 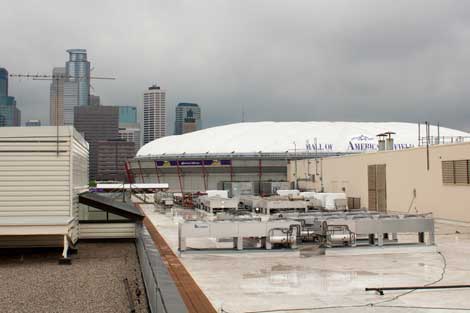 This view of the rooftop power and cooling infrastructure at the 511 Building shows the property's proximity to the Metrodome, with the Minneapolis skyline as a backdrop. (Photo: The 511 Building).

The digital infrastructure that drives electronic business in a major city often keeps a low profile. Often, the property owners like it that way. But sometimes a data hub needs to make its presence felt. That was the case in 2012 for the owners of the 511 Building, the primary telecom hotel in Minneapolis, Minnesota.

"The Minnesota Vikings apparently thought the building was so unimportant that the organization briefly considered tearing it down to make way for the new football stadium," the StarTribune reported earlier this month. "That all changed with the threat of a lawsuit by the building's owner, Timeshare Systems, and the public disclosure of the building's actual purpose: It is Minnesota's largest Internet communications hub. Converging on the 511 Building are about 70 different data networks, ranging from AT&T and Verizon to Bemidji's Paul Bunyan Telecom."

The 511 Building is a 270,000 square foot building adjacent to the Metrodome. Once the region's technology community spoke up, the plans to relocate the tenant were promptly abandoned. Some sources told the StarTribune that the cost tor replace the telecom hub might rival the cost of building a new stadium. For more background, check out the StarTribune report as well as an earlier story from Minnesota Public Radio.