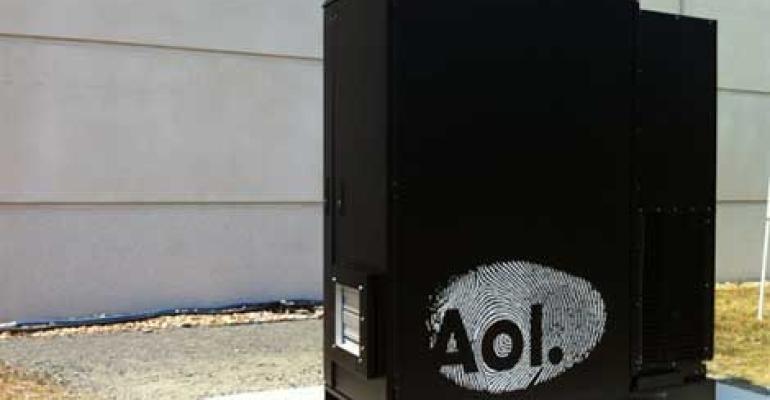 AOL's outdoor servers performed flawlessly during SuperStorm Sandy, demonstrating the durability of the company's new micro-data center, the company said this week. The storm marked the first serious test of AOL's new unmanned data centers, which are part of the company's ambitious plan to reshape its infrastructure. 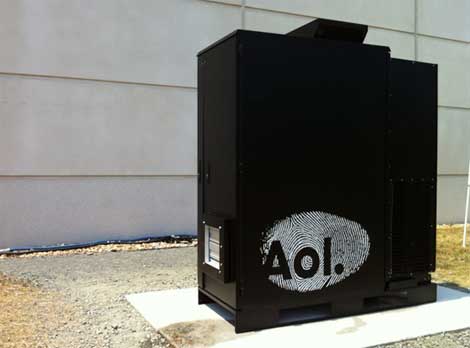 A look at an AOL micro data center that was recently deployed at the company's campus in Dulles, Virginia (Photo: Michael Manos)

The storm marked the first serious test of AOL's new unmanned data centers, which are part of the company's ambitious plan to reshape its infrastructure. The first unit entered production in July on a concrete slab outside an AOL data center in Dulles, Virginia. Although conditions in Virginia were nowhere near the severity of the storm's impact further north in New Jersey and New York, Sandy brought heavy wind and tropical storm force winds to the area.

The AOL Micro Data Center is a rack-sized enclosure filled with servers and networking equipment, with hookups for power, networking and water. The unit is a modified version of the R.A.S.E.R. DX enclosure developed by Elliptical Mobile Solutions (EMS).

"The R.A.S.E.R. DX performed wonderfully through Hurricane Sandy," said Scott Killian, Senior Tech Director, Data Center Services at AOL. "We experienced no hardware issues or alerts from our NOC, nor did we find any issues with the unit leaking."

"We've created a mobile data center that stands up to the stress of the outdoors and delivers high performance at the same time," said Tony Cole, CEO of Elliptical Mobile Systems.

The AOL Micro Data Center can use use air-side economization (introducing outside air into servers to keep them cool) but will also include a direct expansion (DX) cooling systems, in which air passes over the cooling coil of an air conditioning unit. This configuration provides a combination of efficiency and reliability, allowing the system to use fresh air cooling as the default and switch to DX cooling if the weather gets too warm.

It also features an adaptive suspension developed by EMS that protects rack-mounted equipment from vibration, motion and shock. EMS isn't alone in offering these solutions, as AST Modular developed an indoor version of the micro data center for AOL.

By operating outdoors in tropical storm-force winds, the AOL Micro Data Center has passed an important test, providing a case study in the reliability of these units in adverse weather. These rack-sized units have been marketed for remote offices, mobile deployments and temporary IT capacity for the military or disaster relief.  But they’ve been a niche product, as companies historically have been wary of deploying IT gear outdoors in small enclosures, preferring an indoor IT closet. As AOL expands its use of Micro Data Centers, it will provide a better sense of whether micro data centers will gain acceptance beyond these specialized markets.