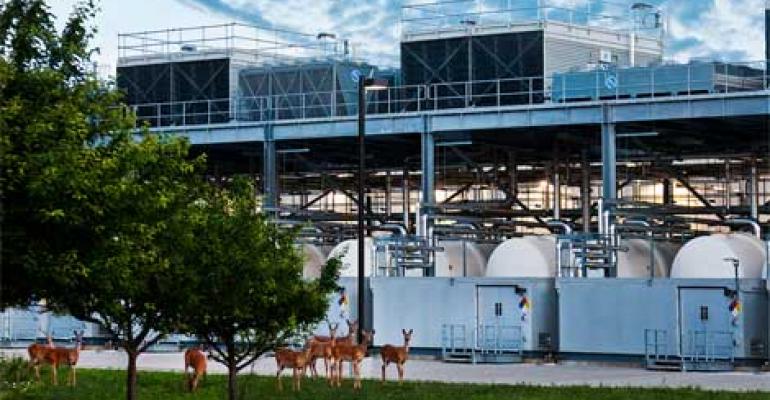 With Friday's announcement of an additional $200 million expansion at its data center in Council Bluffs, Google has now invested more than $1 billion in infrastructure in the state of Iowa. 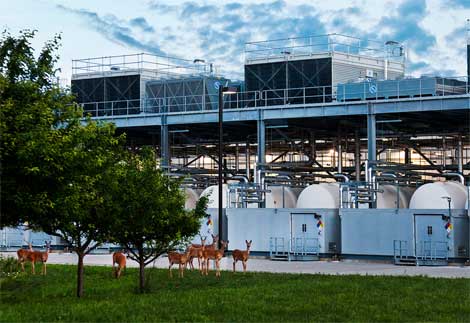 A herd of deer has taken up residence alongside the Google data center in Council Bluffs, Iowa. On Friday Google announced a $200 million expansion of its Iowa campus. (Photo: Connie Zhou for Google)

With Friday's announcement of an additional $200 million expansion at its data center in Council Bluffs, Google has now invested more than $1 billion in infrastructure in the state of Iowa. The company announced the expansion in a news conference Friday afternoon in  Des Moines.

"Since opening our data center operations here in 2009, we have been committed to Council Bluffs and to Iowa," Google Data Center Operations Manager Chris Russell said. "We have now invested over a billion dollars in Iowa. We hope we’ve given Iowa more than a billion reasons to be optimistic and confident for our future together."

News of more pending investment in Council Bluffs builds upon an announcement in April, when Google said it will invest $300 million in expanding its data center operations. It continues an active year for Google's data center construction program. In 2012 Google has already announced new data center projects in Dublin, Ireland and Quilicura, Chile, and expansions in Oklahoma and Iowa.

The announcement also comes a day after Google announced a $75 million equity investment in a 50 megawatt wind farm in Rippey, Iowa developed by RPM Access, which will help Google offset the energy used by its data center campus in Council Bluffs.

"We have worked hard to make Iowa an attractive and safe place to do business, and this is another example of that work bringing great results," said Gov. Terry Branstad. "Google has found a unique recipe in Iowa: an educated workforce, reliable tax structure, and reasonable energy costs. Google’s substantial investmentrepresents a major step towards Iowa building a diversified and forward looking economy.”

The Google data center in Council Bluffs currently employs more than 130 workers. The company did not supply details of how the additional investment would impact local employment.