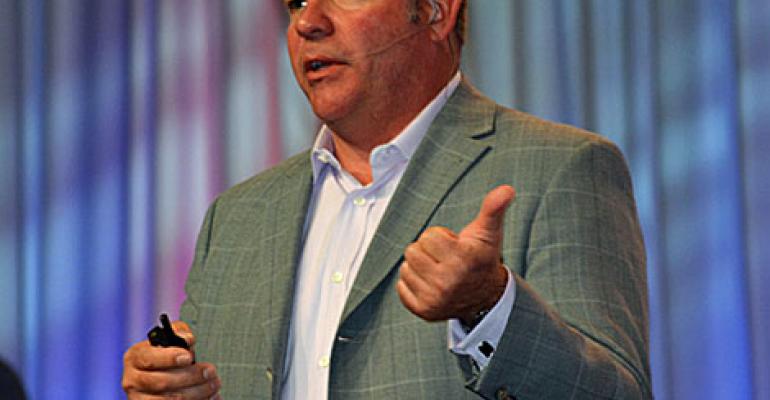 Google recently "gutted" the electrical infrastructure of its data centers in The Dalles, Oregon to upgrade it for more powerful servers.

PHOENIX - Google recently "gutted" the electrical infrastructure of its data centers in The Dalles, Oregon to upgrade it for more powerful servers. The rip-and-replace was done in phases, according to Joe Kava, Vice President - Data Centers at Google, who was the keynote speaker Tuesday at the 7x24 Exchange fall conference.

"In Oregon we're in the final phase of completely gutting the electrical  infrastructure," said Kava. "We're ripping it out to upgrade it for current and future generations of servers."

The project was completed in phases, with sections of the facility being taken offline while the electrical works were being replaced. Kava said the upgrade was challenging, but was necessary in order to take full advantage of power and efficiency improvements in Goiogle's recent generations of custom servers.

"One of the things we focus on is flexibility, because we're always changing things," he said. "You may be putting four or five generations of equipment into that facility over its lifetime. It's OK to go in and change things."

Kava said the project in The Dalles will probably be the only instance in which Google will need to replace the electrical infrastructure in one of its data centers. The Oregon site, built in 2006, was Google's first company-built facility. On subsequent projects, Google has focused on design-and-build strategies that allow it to adapt to changing technology.

"We really embrace modularity and optimized building blocks," said Kava, who said large parts of the company's cooling and chiller infrastructure are modular units built in factories and then trucked to the site. An example: filtering systems for cooling towers, which can be dropped into place beneath raised towers.

"We've focused on how to do that quickly," said Kava. "We encourage people to think about the future."