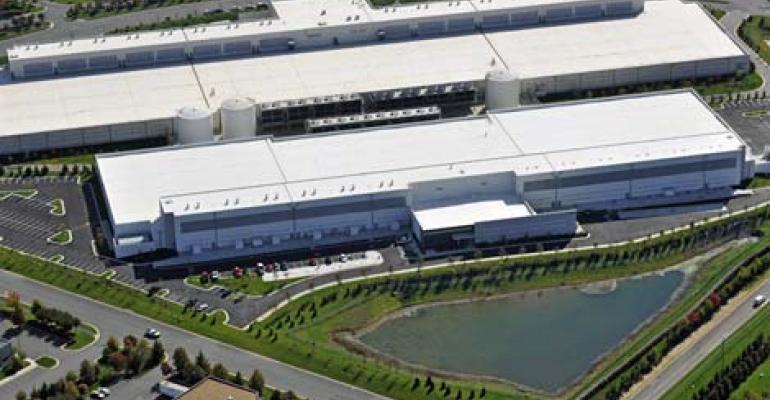 With a recent pre-lease of 4.33 megawatts of space, DuPont Fabros Technology has fully leased its ACC6 data center in Ashburn,

With a recent pre-lease of 4.33 megawatts of space, DuPont Fabros Technology has fully leased its ACC6 data center in Ashburn, Virginia. ACC6 is a massive facility of 262,000 square feet that was constructed in two phases of 130,000 square feet and 26MW of critical load. Phase I was delivered in September in 2011, and Phase II is expected January 1, 2013.

The 4.33 MW pre-lease is with an existing, undisclosed tenant in the Ashburn tenant. Upon completion, Phase II is expected to have 67 percent of its megawatt capacity with the remaining power available in the thiord quarter of 2013. ACC6 will have a total of 6 tenants, with an average weighted lease term of 11.3 years

“Demand for our data centers in Northern Virginia continues to be strong," said Hossein Fateh, President and Chief Executive Officer of DuPont Fabros Technology (DFT). "We expect that ACC6 Phase II will be delivered on time and budget, and it is now 100 percent  pre-leased before opening. We are pleased to provide additional space to this tenant, while achieving our previously stated target return on our invested capital for this property.”

Based on the terms of all the ACC6 leases, It will achieve a 12 percent unlevered GAAP return on invested capital.

This is more continued demand for Northern Virginia, and yet another example of ‘the "super wholesale" deals boosting data center developers.  With 6 tenants total in ACC6, it’s safe to say this falls in the super wholesale category, which includes users with large Internet infrastructures who used to build their own data centers, but are now looking to lease “plug-n-play” space from developers. Leading examples of this trend include service providers like Rackspace and Equinix, as well as fast-growing social media companies.