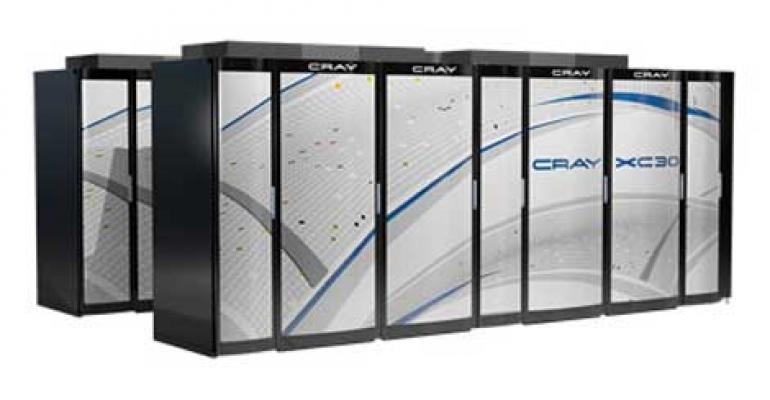 Rolling out news ahead of the SC12 supercomputing conference, Cray announced the launch of the its next generation Cray XC30 supercomputer, and said it has acquired Appro for $25 million. 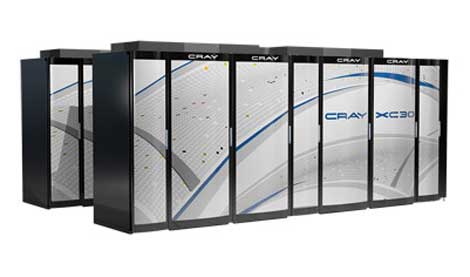 Rolling out news ahead of next week's SC12 supercomputing conference, Cray announced the launch of the its next generation Cray XC30 supercomputer, and said it has acquired Appro for $25 million.

Previously code-named "Cascade," the XC30 is being hailed by Cray as its most advanced high performance computing system yet. As the first in a family of products targeted at anything from technical enterprise computing to the largest systems in the world, the supercomputer will use the Aries interconnect and Intel Xeon processors. To help lower total cost of ownership ,the XC30 features an innovative cooling system that utilizes a transverse airflow.  It is designed to scale HPC workloads of more than 100 petaflops.

"Cray is a leader in the high-end of the supercomputing industry, and the Cray XC30 system promises to continue the Company's strong standing in the market for designing, building and installing leadership-class supercomputers, such as the 'Titan' system at Oak Ridge National Laboratory and the 'Blue Waters' supercomputer at the University of Illinois' National Center for Supercomputing Applications," said Earl Joseph, IDC program vice president for HPC. "The Cray XC30 supercomputer also advances Cray's Adaptive Supercomputing vision, which aims to boost application performance for their customers by exploiting hybrid processing."

The new XC30 system is off to a great start, with more than $100 million in contracts from HPC centers including The Swiss National Supercomputing Centre, The Department of Energy's National Energy Research Scientific Computing Center (NERSC), The Academic Center for Computing and Media Studies (ACCMS) at Kyoto University in Kyoto, Japan, and The University of Stuttgart's High Performance Computing Center Stuttgart (HLRS) in Germany.

"Today's launch of the new Cray XC30 supercomputer is an exciting moment for Cray, Intel and more importantly, the vast HPC user community, which will be able to take advantage of the computational resources of Cray supercomputers powered by Intel Xeon E5 processors and Intel Xeon Phi coprocessors and supported by Intel's investments in fabric," said Raj Hazra, Intel VP and general manager of Technical Computing Group. "The Cray XC30 system is specifically designed to deliver sustained performance and scalability, providing researchers and scientists with a powerful, reliable and productive tool for achieving breakthrough innovations and discoveries."

Appro has built some of the world's most advanced high performance computing (HPC) cluster systems, and this week unveiled its Xtreme-Cool liquid-cooled supercomputer.

"With this acquisition, we will now be positioned to expand our portfolio of highly innovative supercomputing solutions," said Peter Ungaro, president and CEO of Cray. "Appro is one of the market leaders in HPC cluster solutions, and this acquisition is another step forward as we continue to transform Cray into a company that provides world-class offerings to customers across all segments of the supercomputing market, including Big Data."

Upon closing, Appro will become Cray's newly-formed Cluster Solutions business, led by Daniel Kim, current CEO of Appro. After the completion of the transaction, Cray expects to add approximately 90 Appro employees, and will sell Appro's HPC cluster products under the Cray brand.