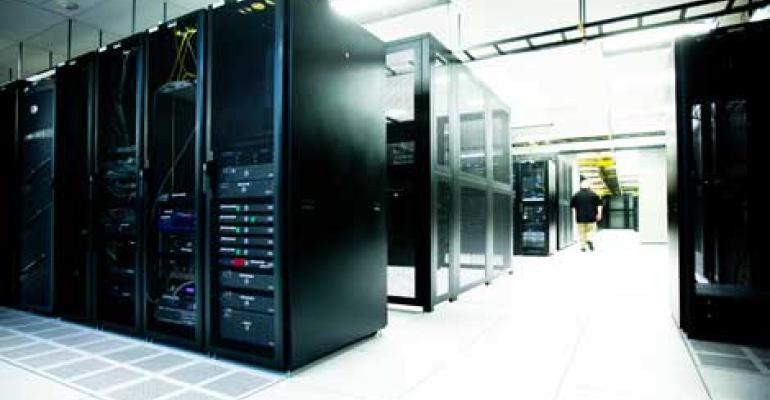 While data centers in New York were struggling with water damage and utility outages in the wake of Hurricane Sandy, the situation was much better in New Jersey, where many facilities switched to generator power but remained online. Here's a roundup of how some data center providers in New Jersey fared with Sandy's disruptive visit. 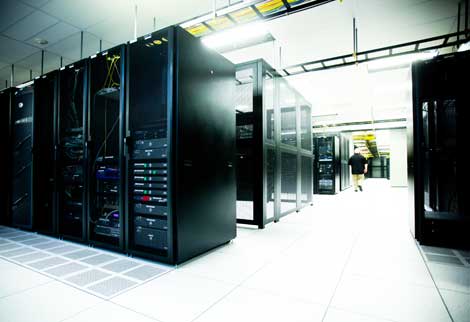 While data centers in New York were struggling with water damage and utility outages in the wake of Hurricane Sandy, the situation was much better in New Jersey, where many facilities switched to generator power but remained online. Here's a roundup of how some data center providers in New Jersey fared with Sandy's disruptive visit.

"All sites in New York/New Jersey, and several in Philadelphia and Washington, D.C., experienced power outages and customer loads were transferred to generator power," said Kapoor. "All of these sites have at least 48 hours of fuel onsite with fuel vendors on standby to deliver more as needed. As of this morning, some of these sites are back on utility power, while some remain on generators."

In New York, Equinix experienced a generator failure that impacted service to several customers at 11 8th Avenue, which lost utility power when Con Edison began pro-emptively shutting down local grids to protect its system from flooding. "We made repairs and service was returned this morning," said Kapoor. "The site remains on generator power."

Power wasn't the only problem. "Sites in New York and Washington, D.C. experienced water leaks," said Kapoor. "While most were minor and quickly contained, at least one leak at a New York site impacted a customer. We are currently working onsite with the customer to contain the issue."

Kapoor said Equinix secured hotel rooms near its sites for staff , and brought in cots, MREs, and other emergency supplies so staffers could comfortably support customers even in extreme conditions. "Our Site Operations personnel have worked tirelessly to ensure that our data centers continue to operate during the worst of the storm," he said. "We appreciate the commitment and dedication from our staff, many of whom have left their families and homes to keep our data centers safe and operational."

SunGard, a leading player in disaster recovery and managed services, operates multiple data centers in northern New Jersey, including a large campus in Carlstadt in Bergen County, which was among the hardest hit communities.

"In Northern New Jersey, last night, a levee broke that caused, in conjunction with the storm surge, extensive flooding in the Carlstadt area, where SunGard operates three facilities," SunGard said in a statement. "Both our Carlstadt data centers have remained dry and operational. Additionally, all other SunGard facilities and data centers in the storm's path have remained operational, providing services to our customers.

"We also opened our Carlstadt Business Continuity Center to local fire, rescue and police departments to provide shelter for displaced area residents and first responders," SunGard added. "At this time, water levels in the Carlstadt area continue to recede."

Net Access, a colocation and managed services provider based in Cedar Knolls, said its Parsippany I data center has been able to remain on utility power - no small matter in a state with over 1 million utility customers offline.

"At the Parsippany 2 facility, we transferred to generator at about 7:55 PM EST as a precautionary measure due to ongoing power hits and shortly thereafter we did lose utility power completely," said Ben Ferri, the Marketing and Business Development Manager at Net Access. "We remain on generator with at least 60 hours of fuel left on site. At our Cedar Knolls 1 facility we briefly transferred to generator around 7:10 p.m., then back to utility. We then force transferred to generator around 8 p.m. and stayed until this morning. We've returned to utility power and all systems are normal. Fuel trucks are stationed at our facilities as of noon yesterday, and remain. There has been no service interruption of any sort to any of our datacenter customers."

Ferri said Net Access opened its data center to clients who were affected by the storm. "We have accommodated several customers by allowing them to use our conference rooms, mainly because they lost power at their buildings, lost access to their buildings, or generators ran out of fuel," he said.

Digital Realty operates major data center facilities in Weehwaken, Piscataway, South Bound Brook and Franklin Township. The company is reporting that its teams on the ground are monitoring operations at its facilities that were located in the path of storm Sandy.

"The in-place backup power systems have performed as designed, with no reported service disruptions to our customers," the company said. "These systems are expected to remain operational and in place until utility service is completely restored at impacted locations. In addition, the company has confirmed with its fuel suppliers delivery of fuel to support the backup power systems until utility power has been restored. No material damage has been reported at the properties."

The company said its emergency procedures are expected to remain in place until all facilities are restored to utility power.

DuPont Fabros said that all of its eight data centers located in Northern Virginia and Piscataway, New Jersey received no major damage and performed as designed and without interruption during Hurricane Sandy.

"While several of our data centers located within the path of Sandy had brief utility outages, all back-up systems performed as expected," said Scott Davis, Executive Vice President of Operations. “Our New Jersey data center continues to run on generators and we have secured enough fuel until utility power is restored.”

"While our five data centers in New Jersey were in the direct path of the storm and the area experienced unstable power and some flooding conditions, we remain up and running with a steady fleet of high-capacity back-up generators," said Joel Stone, vice president of global data center operations. "Savvis employees continue to work around the clock to ensure these facilities remain operating. We are also in regular contact with our clients and are working closely with governmental leaders, emergency responders and others to keep them informed about our operations."

"We observed an increasing voltage condition on the 69kv grid and went to generator proactively late last night for a few hour period," said Joshua Rabina, co-president of Sentinel. "We were back in normal operating mode on dual utility sources as of early this morning and continue to actively monitor utility power quality."

"The facility lost utility power on Monday evening and transitioned seamlessly to generator power with no customer impact," the company said. "Although traffic is still restricted in the area, QTS obtained permission from local authorities to allow the delivery of additional fuel, which occurred on Tuesday afternoon. The data center will continue operating on stable generator power indefinitely until utility power is restored in Jersey City."

Datapipe CEO Robb Allen noted that previous events including grid blackouts, Hurricane Irene and 9/11 have all helped the internet connectivity and hosting industry in the US north east be better prepared for emergencies, though that there is currently a lot of strain on fuel delivery systems.

Internet monitoring and research firm Netcraft: said Datapipe was the most reliable hosting company in October, impressively responding to all requests throughout the month, despite being in the area most affected by Hurricane Sandy.

“After the grid became unstable on Monday, Datapipe switched to generators for their datacenter power supply," said Netcraft. "Even though their diesel reservoir was large enough to last at least four days, Datapipe also stationed additional fuel trucks on site in case roads became impassable."