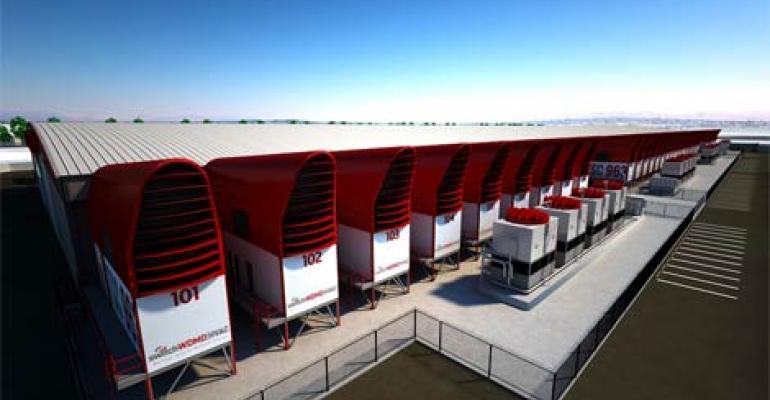 Switch, the operator of the SuperNAP in Las Vegas, had its strongest month ever in September, selling 533 cabinets of colocation space and 7.6 MVA of power over a single 30-day time period, the company said today. 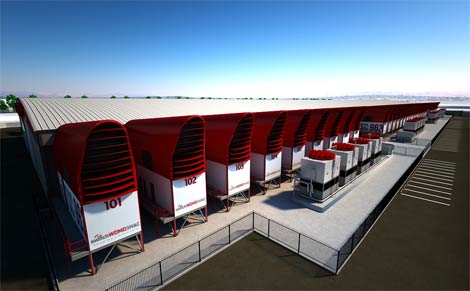 An illustration of the SuperNAP-8, the latest high-density data center being built by Switch in Las Vegas. (Image: Switch)

It's getting hotter in Vegas - at least in the market for data center space. Switch, the operator of the SuperNAP in Las Vegas, had its strongest month ever in September, selling 533 cabinets of colocation space and 7.6 MVA of power over a single 30-day time period, the company said today. The record-breaking sales were distributed across approximately 40 new clients and will serve to bring the SuperNAP up to 84 percent occupancy.

“Companies are finding that by partnering with the multi-trillion dollar buying power of the Switch technology business ecosystem, they can substantially improve their tech ROI while staying in lock-step with the newest offerings in connectivity and cloud services,” said Rob Roy, CEO and founder of Switch. During the last year, Switch has delivered 40 megawatts to its clients at the Switch SuperNAP-7 facility.

Even as it fills SuperNAP-7 (the original SuperNAP), Switch is busy building its next huge data center, known as SuperNAP-8, on an adjacent property. The new facility is scheduled to begin accepting new tenants in May 2013, and Switch says it will feature several new design innovations developed by Roy, who has earned patents for many of the technologies seen in Switch's data centers.

Switch has been a leader in developing its own custom infrastructure. As it expands, it has developed a standardized design known as SwitchMOD (shot for Modular Optimized Design) that can be built and deployed in modules from 25,000 square feet to 100,000 square feet of space. The design integrates Switch’s T-SCIF high-density airflow containment systems and WDMD custom cooling units, which can switch between four different types of cooling based on outside conditions.

Switch has released new illustrations of the SuperNAP-8 that show some revisions to the WDMD units. The company says this it will release design documents next month that will include information on  new chiller units and a new sealed roof dubbed "SwitchSHIELD."

Switch has already begun preparations to build a ninth SuperNAP on its site in south Las Vegas, and has also announced plans for a new data center campus in northern Las Vegas that will feature another 300,000 square feet of data center facilities.

"We continue to see extremely high demand for the high-density, high-efficiency, highly resilient deployments that Switch provides," said Missy Young, Executive Vice President of Sales at Switch. "With our modular designs, massive campuses and highly available power, we are well situated in Las Vegas to continue to build the most advanced modular data center technology ecosystems for the most demanding clients."

As the builder of one of the world's biggest colocation facilities, Switch has maintained that discussions of the "largest" data centers should use metrics based on actual services and resources being delivered, rather than available floor space. Young said the key criteria should include the amount of deliverable, critical load that the UPS system can support (MVA of UPS), and the deliverable amount of CFM/tons of cooling that the HVAC system can supply.

"The SuperNAP-7 design has 84MVA of UPS and over 10 million CFM available to deliver to its clients," Young said. "No other data center on Earth can match it. These numbers should end the debate on what facility is the world’s largest modular data center.”

The discussion highlights the different ways in which "modular" designs are being described and defined within the data center community. Some data center builders define modular data centers as the use of factory-built container-style enclosures, while others view modularity as an approach to a phased deployment of space using highly-standardized elements. Switch's approach uses elements of both approaches.