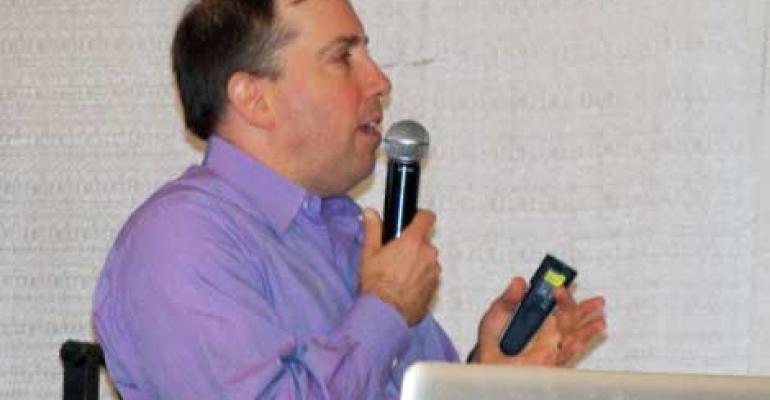 The rate of growth in the electricity used by data centers slowed substantially from 2005 to 2010, improving upon worst-case scenarios predicted in a 2007 report to Congress, according to data center energy expert Jonathan Koomey. 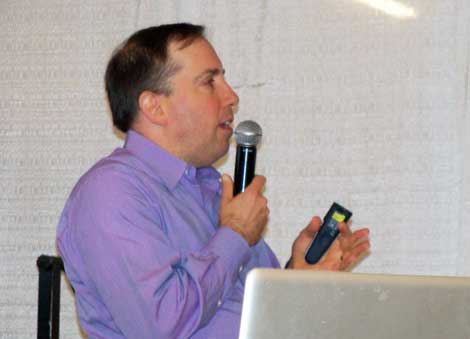 FRANKLIN TOWNSHIP, N.J. - The rate of growth in the electricity used by data centers slowed substantially from 2005 to 2010, improving upon worst-case scenarios predicted in a 2007 report to Congress, according to Jonathan Koomey, a leading expert on energy use in data centers and IT.

Koomey, who was among the authors of the initial report that the EPA presented to Congress, says data centers represent about 1.3 percent of global energy usage, and about 2 percent of the energy use in the United States. Koomey, a researcher at Stanford University, spoke about industry trends last Thursday in an event hosted at Sentinel Data Centers.

Energy use by the data center industry doubled between 2000 and 2005, according to Koomey. But that rate of growth slowed between 2005 and 2010, with data centers using less power than suggested by the historic trend line or best practices at the time of the 2007 report.

"We ended up using significantly less electricity than expected (by the EPA report)," Koomey said. "Part of that was due to the financial crash, but there was also a lot of work done on efficiency. Information technology is becoming more energy efficient at a furious pace."

He said the data center industry increased its focus on efficiency in early 2006, after the US EPA sponsored two public meetings on efficiency with representatives of all the major players in the industry in attendance.

Koomey's updated report, which was released in August 2011, was commissioned by the New York Times, and summarized in an article by Times reporter John Markoff, who for many years has covered Silicon Valley's technology industry for the paper.

"Data centers’ unquenchable thirst for electricity has been slaked by the global recession and by a combination of new power-saving technologies, according to an independent report on data center power use from 2005 to 2010," Markoff wrote in the story titled "Data Centers' Power Use Less Than Was Expected."

Curiously, Koomey's conclusions on trends in power usage were largely absent from a story the Times published last month on energy use in the data center industry. The story by James Glanz, based on a year-long investigation, stated that "most data centers, by design, consume vast amounts of energy in an incongruously wasteful manner."

Koomey said the data centers industry's strong reaction to the Times' report is typical of the experience seen in other specialized fields when their work is profiled in mass media.

"It certainly oversimplified a lot of things, and that's unfortunate," he said. "The critical thing is to take that story, and make it something positive. I'm hopeful that it will get the attention of upper management."

Focus on In-House IT

"The article conflates different types of data centers, and in the process creates a misleading impression for readers who are not familiar with this industry," he writes. "I like to divide the industry into four kinds of data centers: public cloud computing providers (like Amazon, Google, Facebook, and Microsoft), scientific computing centers (like those at national laboratories and universities), co-location facilities (which house servers owned by other companies), and what I call 'in-house' data centers (which are facilities owned and operated by companies whose primary business is not computing). The fourth category is by far the dominant one in terms of floor area and total electricity use, and almost all the issues raised in the article apply most clearly to facilities in that category."

Koomey's broader goal is for stakeholders in the industry to understand trends in power use by data centers - a topic that was largely a mystery prior to his 2007 report to the EPA. His research has also provided insight into the efficiency of business processes that can be conducted online. In 2009, Koomey conducted an analysis of the energy efficiency of different methods of consuming music.

"Even in the best case for CDs and the worst case for downloads, the downloads are still 40 percent more efficient," said Koomey.