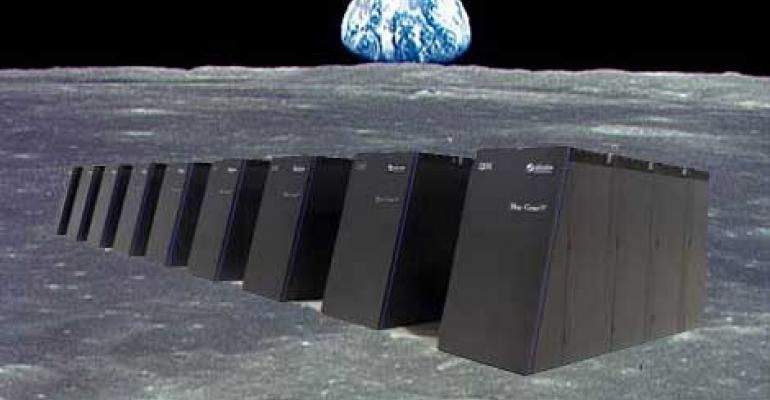 Could A Lunar Supercomputer Work?

Over the years, we've seen data centers in lots of strange places. Now a researcher has come up with an out-of-this-world computing challenge - building a supercomputer on the moon to manage the massive amounts of data generated by NASA's deep space missions. John Rath looks at a unique engineering challenge. 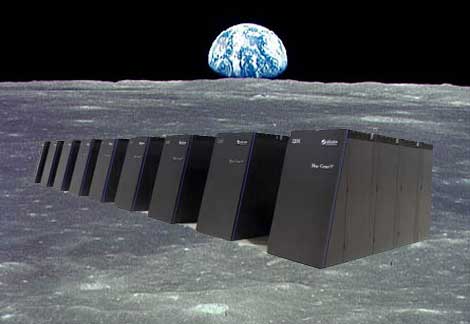 Over the years, we've seen data centers in lots of strange places - old chapels, shopping malls, old particle accelerator silos and all kinds of underground bunkers. Proposals have been floated for containers in caves, data centers on floating barges and servers mounted on hovering drones. Now a researcher has come up with an out-of-this-world  computing challenge - building a supercomputer on the moon.

The proposal by USC doctoral student Ouliang Chang, presented last week at the the American Institute of Aeronautics and Astronautics (AIAA) Space 2012 conference, proposes a sci-fi solution to a real-world data overload challenge. NASA controls its interplanetary satellite missions through the Deep Space Network (DSN), a ring of huge satellite dishes in California, Spain and Australia. But the massive amounts of data traffic being sent to NASA is growing at a rate the current set-up can't handle. Chang has proposed that one way to ease the strain would be to build a supercomputer and accompanying radio dishes on the moon.

Chang says a lunar supercomputer, built on the far side of the moon and set in a deep crater near a pole would protect it somewhat from the moon's extreme temperature swings, and might let it tap polar ice for cooling. Having a supercomputer on the moon would ease the load on terrestrial mission control infrastructure. Additionally, the moon-based dishes could work in unison with those on earth to emulate one huge telescope.

Practically every angle of deploying and operating a lunar facility to power a supercomputer presents a challenge. The physical data center component isn't to hard to imagine. A prefabricated modular data center could be deployed in pieces and assembled on-site - with a few modifications compared to its earth-bound cousin, I imagine. Cooling with tapped polar water might have some possibilities, but perhaps the nodes would already be submerged in a liquid coolant.

Supplying energy to power a supercomputer is obviously another large task.  Solar power has historically been used to provide power to support satellites. Fuel cells have made a lot of headlines for data centers on Data Center Knowledge, and NASA has pondered adapting fuel cells and regenerative fuel cells with solar powerr for lunar outposts. After completing projects at NASA for things like converting Martian atmospheric gases to oxygen for propulsion and life support and building a fuel cell capable of producing air and fuel from electricity generated by a solar panel, Dr. K.R. Sridhar started Bloom Energy with the the mission to make clean, reliable energy affordable for everyone on earth. Bloom has signed many notable data center customers in recent years, such as eBay, AT&T and a 5MW installation of biogass-powered fuel cells at Apple's Maiden North Carolina data center.

With the U.S. most likely not returning to the moon, private enterprise has the opportunity to step up. Next month Elon Musk's SpaceX s scheduled to fly its first commercial resupply mission to the International Space Station, a first step into a future in which many space missions will shift to commercial providers. Cisco has a long standing relationship with NASA, building network equipment for interplanetary communication projects, low-orbit satellites and the Cisco 18400 Space Router, for routing IP traffic directly on a satellite. Google's Lunar X Prize is a $30 million competition for privately funded teams to send a robot to the moon.

A key challenge in deploying IT equipment on the moon is weight. A large-scale system would have to be designed with lightweight, energy-efficient components, as each additional pound of payload requires additional fuel to be launched into space.

Perhaps the easiest answer for putting a supercomputer on the moon is security. For those installing or maintaining it - extreme weather, the potential for asteroid collisions and complete darkness ... but one heck of a view.

Is Chang's vision realistic? Could the engineering challenges involved in placing an advanced computer system on the moon be overcome? Share your thoughts and theories in the comments.