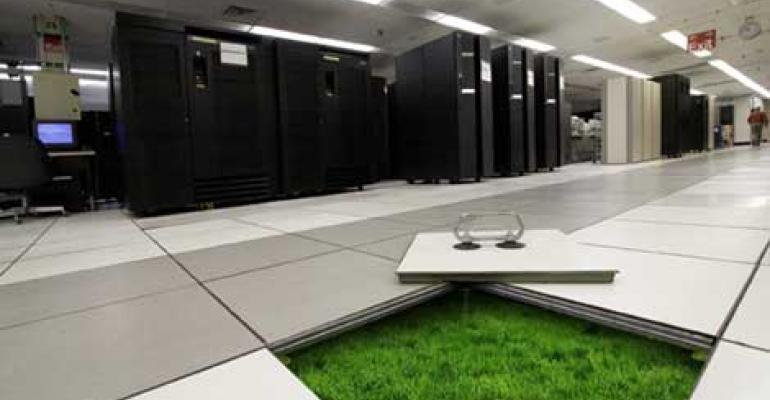 The New York Times Blasts "Cloud Factories" on Energy Use

It is telling that the New York Times, in today's front-page story about the data center industry and its energy usage, begins with an anecdote from 2006. The Times describes a moment when Facebook engineers had to race to local retail stores to buy fans to prevent its servers from overheating.

It's the kind of anecdote most people in the industry have heard - but not in the last five years. In its story, which kicks off a series of articles on the Web's infrastructure, the Times has offered a tough indictment of the data center industry and its energy use and environmental impact. The story's tone is reflected in its headline: "Power, Pollution and the Internet: Industry Wastes Vast Amounts of Electricity, Belying Image."

In depicting data centers as wasteful polluters, the Times has raised many valid points, including the low server utilization rates in many facilities, the industry's slow adoption of some efficiency technologies (like tools that turn servers on and off), and the need to be accountable for environmental permitting of diesel generators. But in its first installment, the Times does an artful, fact-laden job of telling half the story.

What's missing is the narrative of how the industry has responded to the challenge of its inefficiency and environmental stewardship. The last five years have seen dramatic changes in the way the largest data centers are designed and operated, as companies like Google, Yahoo, Facebook and Microsoft have vastly improved the energy efficiency of their server farms by overhauling their power distribution systems, using fresh air instead of power-hungry chillers ("free cooling") to cool their servers, and running their facilities at warmer temperatures. New design schemes for modular data centers have emerged, offering  highly-efficient designs to customers with smaller operations than Google or Facebook.  And we're even seeing a growing focus on renewable energy, highlighted by Apple's massive commitment to on-site solar energy and landfill-powered fuel cells.

Instead, the Times says that "this foundation of the information industry is sharply at odds with its image of sleek efficiency and environmental friendliness.

"Most data centers, by design, consume vast amounts of energy in an incongruously wasteful manner, interviews and documents show," writes the Times' James Glanz. "Online companies typically run their facilities at maximum capacity around the clock, whatever the demand. As a result, data centers can waste 90 percent or more of the electricity they pull off the grid, The Times found."

That's true of some data centers, but not the large-scale "cloud factories" that are the focus of the Times' story. The other side of the story is out there - at Data Center Knowledge, we've spent the past seven years documenting the industry's energy challenges and its response. It will be interesting to see if the remainder of the Times' series does a better job documenting the industry's intensive efforts to address its energy and sustainability issues, or retains the focus and tenor of the first installment. To its credit, the Times has included views from a number of industry sources in a related feature in the opinion  section.

Given the Times' influence, it's important for the data center industry to be aware of this series and conversant in the issues it is raising. What did you think of the Times' story? Share your thoughts in the comments.