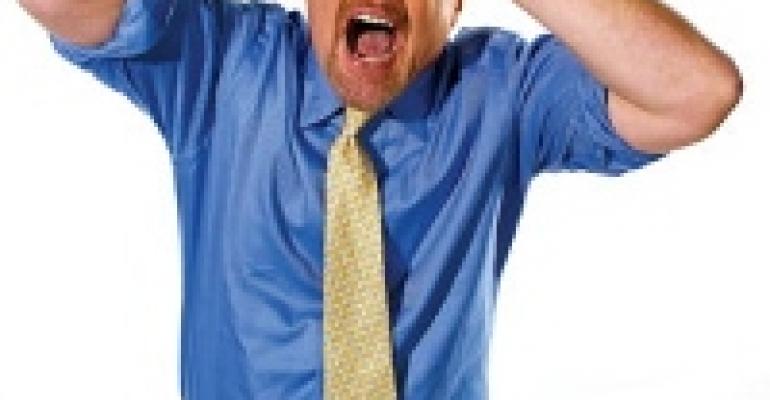 How have Wall Street pundit Jim Cramer's critiques of the data center sector worked out. We look at the performance of industry stocks since Cramer told his audience to "sell, sell, sell" shares of data center companies.

This week's mid-year update of our Data Center Investor leaderboard showed Equinix (EQIX) leading the pack with a gain of 73 percent in the first half of 2012. The colocation company has had its share of skeptics over the years, but none more prominent than Jim Cramer, the colorful CNBC stock market pundit.

That got me wondering how Cramer's sell calls on the data center sector have worked out. First, some background:

He doubled down on that call in January 2011, focusing on colcoation provider Equinix.  “I would be a seller of EQIX because I don’t think the data centers, the physical space, is going to grow the way people think,” Cramer opined during the “Lightning Round” segment of his show.

For all those investors that followed Cramer’s “sell, sell, sell” recommendation, here’s what you missed: 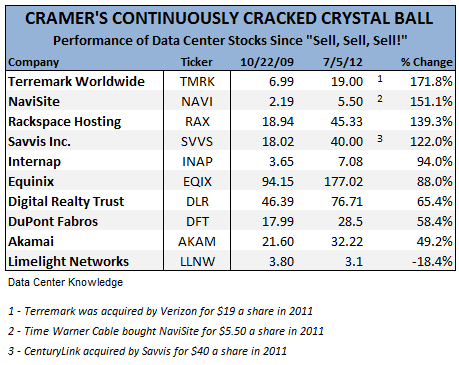 Since Cramer's call in 2009, every public data center company but Limelight Networks has outperformed the Dow (up 28 percent), S&P 500 (up 27.7 percent) and NASDAQ index (up 38.7 percent). That strong performance extends beyond the three major industry acquisitions. Shares of Equinix have soared 88 percent in that period.

"The huge number from Equinix bodes well for a continuation of the big data, big cloud secular growth stories," Cramer said in April. "I regard EQIX, like F5 (FFIV), as an integral manager to all of the data on the Web and where it gets stored."