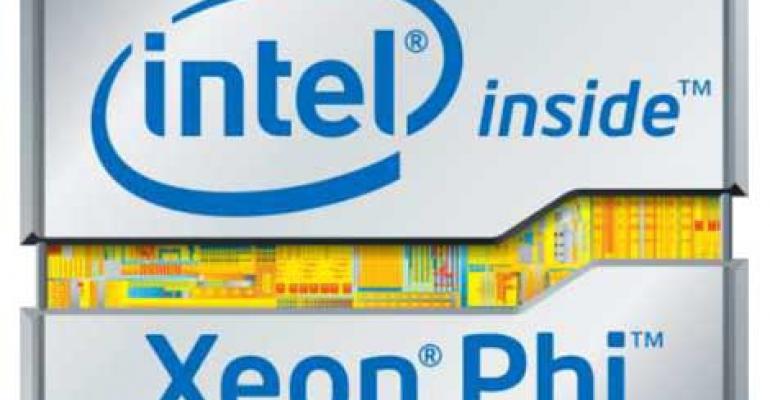 For Intel, the Future of Supercomputing is Phi 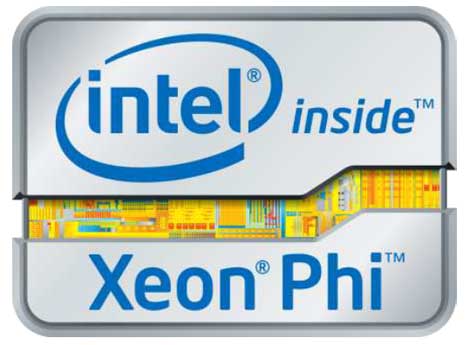 The first product in the brand will be the coprocessor formerly known by the code name Knights Corner, which can operate at a sustained speed of one teraflop (one trillion calculations per second). It will use 22 nanometer silicon and Intel's 3-D TriGate Transistors, and will feature more than 50 cores. Intel says its Xeon Phi Coprocesor will be fully compatible with x86 applications.

The Intel Phi Coprocessor won't be available for commercial release until later this year, but today it is making its first appearance on the Top 500 list of the world's most powerful supercomputers. Intel's Discovery cluster placed 150th on the Top 500 list released this morning.

Coprocessors supplement the performance of the primary processor, and have become a common feature in the fastest supercomputers. The Xeon Phi Coprocessor will compete with graphics processing units (GPUs) from NVIDIA, which have been used to boost performance of some of the leading performers in the top 500 in recent years. Intel processors powered 372 of the Top 500 systems, with 44 systems using Intel's Xeon E5 fa,ily of processors.

Intel announced the Phi brand as the successor to "MIC architecture" as a descriptor for its new parallel computing products. Intel says Phi "evokes many concepts in science & nature including the 'golden ratio' in mathematics" and extends the Intel Xeon brand by providing the programmability of the Intel Xeon processor architecture to an emerging class of highly parallel applications that benefit from processors containing a large number of cores and threads.

By any name, Intel's sees the Phi/MIC technology as a key part of its future success. "We see high performance computing s an important part of the datacenter business," said Raj Hazra, general manager of Technical Computing at Intel. "“As we add Intel Xeon Phi products to our portfolio, scientists, engineers and IT professionals will experience breakthrough levels of performance to effectively address challenges ranging from climate change to risk management. This is the next step of Intel’s commitment to achieve exascale-level computation by 2018, and create a unique technology category that delivers unprecedented performance for today’s highly parallel applications.”

Intel sees 20 percent annual growth for the HPC market from 2011-2016. It also sees Phi technology as a key enabler of cutting edge performance as the supercomputing community takes aim at exascale computing.

Leading players in the HPC community see the application of Intel Xeon Phi technology expanding beyond the technical computing arena.

"We're really starting to think about integrating HPC and technical computing with Big Data," said Peter Ungaro, president and CEO of Cray Inc.. "We see Phi as very compatible with that goal going forward. We have much larger datasets we're going to have to deal with, and Phi will be an interesting candidate for these applications."