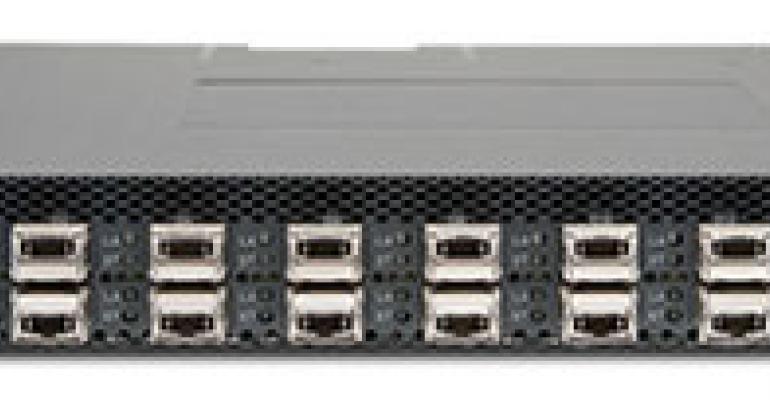 Juniper (JNPR) said the QFX3000-M system would be ideal for medium-sized facilities, or for large enterprises seeking to implement QFabric in satellite data centers. QFabric is part of Juniper’s strategy to flatten data center architecture into a single, high-performance layer that requires less space, power and cabling. The evolving market for "converged" networking infrastructure is a key competitive battleground for networking vendors, including Cisco, Brocade and HP in addition to Juniper.

QFabric creates a low-latency fabric that employs a "virtual chassis" in which distributed nodes can be managed as a single data center switch. The original QFX3000-G could scale to 6,144 10GbE ports via 40G fabric, while the new QFX3000-M offers up to 768 10GbE ports via a 40G fabric in a 1U top of rack switch. Juniper is also introducing new QFabric Interconnect and QFabric Node, the QFX3600 family, to support and scale the new offering for medium-sized data centers.

Analysts agreed, and said the new products from Juniper would expand the options available to data centers, as well as broadening the market for Juniper's gear and software.

"We are seeing an increased interest from data center architects to 'right-size' their data center network," said -Mark Fabbi, vice president and distinguished analyst at Gartner. "While a segment of the market requires massive scale, for most enterprises, dense, virtualized computing platforms are driving a requirement for smaller, higher performance form factors within the data network architecture."

“Juniper’s new QFX3000-M serves QFabric in a smaller package that is more attractive to mid-sized data centers and will be a more enticing step for new users,” said Eric Hanselman og the 451 Research Group.

Juniper has also announced enhancements to its EX8200 switches running Virtual Chassis technology, enabling customers for the first time to manage up to four data center cores as a single switch.