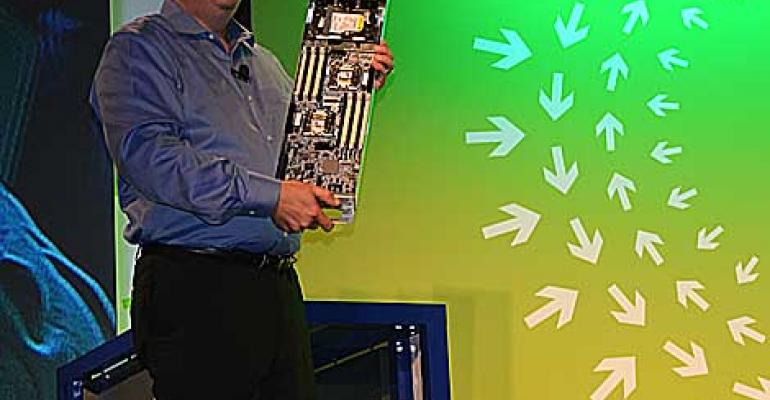 The Open Compute Project is ready to shake up the world of data center racks. The open source hardware project today outlined plans for Open Rack, which will see to set a new standard for rack design for hyperscale data center environments - including 21-inch-wide racks instead of the traditional 19-inch width. 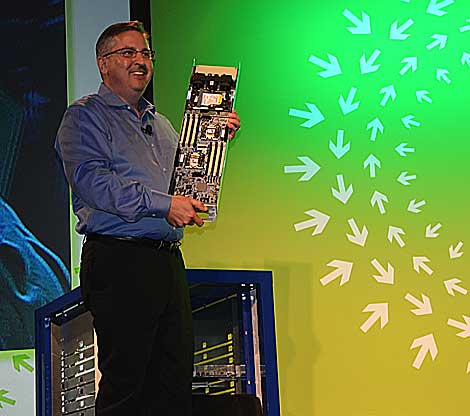 SAN ANTONIO - The Open Compute Project is ready to shake up the world of data center racks.  The open source hardware project today outlined plans for Open Rack, which will seek to set a new standard for rack design for hyperscale data center environments.

The biggest change is in the width of the server itself. Open Rack provides a 21-inch wide slot for servers, expanding upon the 19-inch width that has long been the standard for data center hardware. The wider form factor will create more room for improved thermal management, as well as better connections for power and cabling.

"Racks may not sound so sexy, but they're a critical component in all data centers," said Frank Frankovsky, VP of Hardware Design and Supply Chain for Facebook, which founded the Open Compute Project last year. "We are ditching the 19-inch rack standard. We've forced ourselves into this 19-inch width, and we end up with what I call 'racks gone bad.'"

Frankovsky said the wider form factor will provide more room for adequate airflow within the chassis, making it easier to remove heat from the server. With the 19-inch design, "components wind up in other components' exhaust paths," resulting in inefficient thermal design.

The Rack as a Chassis

Open Rack represents the latest attempt to treat the rack as a chassis, shifting some components of power and cooling from the server level to the rack level. The OCP effort has gained support from two key players in the server ecosystem. Dell and HP were both on hand at today's Summit to show off new servers loaded into the Open Rack prototype.

"Open Rack is one of the most promising developments in the scale computing environment," said Keel.

"I consider this blades done right," said Frankovsky. "No more power supplies in servers or storage devices. Blades held great promise for aggregating IT equipment,but were designed in an artificial, properietary way."

The Open Rack effort isn't the only initiative seeking to remake the data center rack. As the Open Compute team was developing Open Rack, three large Chinese Internet companies - Tencent, Baidu and Alibaba - were working on a design to solve similar problems. The two teams have been comparing notes and sharing ideas, but haven't yet officially merged the designs.