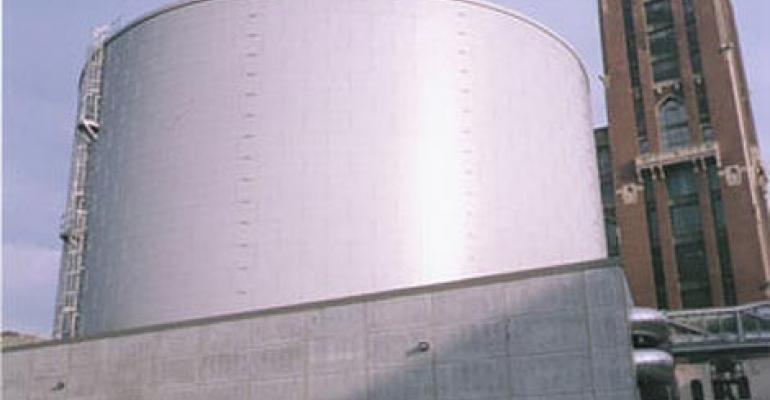 Google said today that it would use a thermal storage system for the first time in its new data center in Taiwan. Thermal energy storage can reduce costs by allowing companies to run air conditioning systems at night, when power rates are cheaper.

Google has been a leader in adopting many strategies to improve data center energy efficiency. But that hasn't included thermal storage - until now. Google said today that it would use a thermal storage system for the first time in its new data center in Taiwan.

The Taiwan facility, set on 15 hectares of land in Changhua County, is one of three facilities announced by Google in September 2011 to boost the company's Internet infrastructure in the Asia Pacific region. Google says it expects to spedn $300 million on the Taiwan data center, which it hopes to bring online by the second half of 2013.

Thermal energy storage can reduce costs by allowing companies to run air conditioning systems at night, when power rates are cheaper. During daytime hours, when demand on the grid is higher and electricity is more expensive, these customers can tap the energy storage system, which serves as a “battery” that substitutes for the air conditioner. Thermal storage systems typically use ice or liquid coolant that can be chilled and then used in heat exchange systems.

“We’re very excited to be building this data center in Taiwan," said Lee-Feng Chien, Managing Director, Google Taiwan. "We’re working as fast as we can to start bringing it online by the second half of 2013, so we can keep up with the rapid growth in capacity demand across the region, and to hire the team of around 25 full time Googlers that will manage the facility when it’s fully operational.

“I’m also happy to be able to confirm that this will be one of the most efficient and environmentally friendly data centers in Asia," Chien continued. "Part of this will come from our nighttime cooling and thermal energy storage system - not a revolutionary idea, but the first of its kind in our global data center fleet. But we’re also custom designing each element of the facility - adapting for the local environment some of the design features our engineers have developed and continue to innovate on in our data centers around the world that have enabled us to use 50% less energy than typical facilities.”