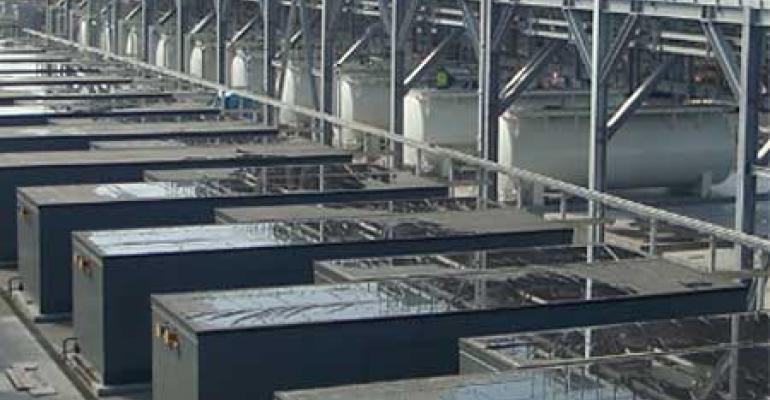 The Google data center in Belgium, which features no chillers and routes traffic to other facilities during hot spells. (Photo from Google)
Design>Power and Cooling

Too Hot for Humans, But Google Servers Keep Humming

Raising the temperature in server racks can make a data center more efficient. But what happens if the room gets too hot for people? If you’re Google, the servers keep humming along while the humans retreat to climate-controlled sections of the building. 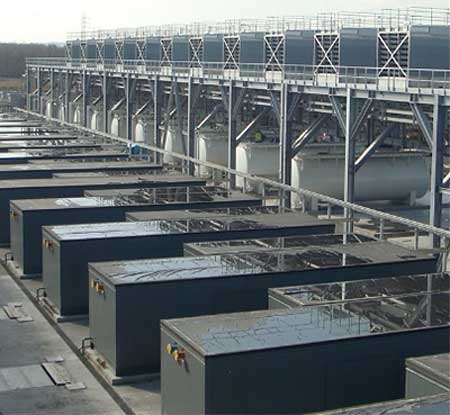 Raising the temperature in server racks can make a data center more efficient. But what happens if the room gets too hot for people?

If you’re Google, the servers keep humming along while the humans retreat to climate-controlled sections of the building. That’s what’s been happening at Google’s data center in Belgium, which was the company’s first facility to rely entirely upon fresh air for cooling, instead of energy-hungry chillers. That approach has helped the facility become Google's most efficient data center.

For the vast majority of the year, the climate in Belgium is cool enough that this design works with no problems. When it gets hot in Belgium, the temperature inside Google’s data center warms beyond the facility’s desired operating range – periods that the company refers to as “excursion hours.”

During these periods, the temperature inside the data center can rise above 95 degrees. That’s when the humans leave the server area.

“We've been operating in Belgium since 2008 with no chillers,” said Joe Kava, Senior Director of Data Center Operations for Google. “We've had very few excursion hours, and they don't last long, so we let the site run right through them. We ask our employees to go in and do office work. It's too warm for people, but the machines do just fine.”

Google’s experience is the latest affirmation that servers are much tougher than we think. Many data centers feel like meat lockers, as servers are maintained in cool environments to offset the heat thrown off by components inside the chassis. Typical temperature ranges in data centers often range from 68 and 72 degrees.

In recent years, rising power bills have prompted data center managers to try and reduce the amount of power used in cooling systems. If you can raise the temperature, data centers can run with less cooling, or even none at all, as is the case at Google’s Belgium site.

Studies by Intel and Microsoft showed that most servers do fine with higher temperatures and outside air, easing fears about higher hardware failure rates. Dell recently said it would warranty its servers to operate in environments as warm as 45 degrees C (115 degrees F).

But this trend has implications for data center staff. Higher temperatures at the server inlet area also mean more heat in the hot aisle, where staffers work on cabling and other connections in the rear of the server. This is a special challenge when the hot aisle is contained to prevent waste heat from recirculating into the cold aisle.

The federal Occupational Safety and Health Administration (OSHA) sets guidelines on work conditions in the U.S., which call for specific ratios of rest time to work time for people working in environments where temperatures exceed acceptable working conditions, such as a contained hot aisle in a data center.

Vendors are starting to offer equipment that can address conditions in the hot aisle. Tate, which makes flooring tiles for raised-floor environments, recently introduced the SmartAire T, an in-floor damper that can provide on-demand cooling in hot aisles. When maintenance is required, cool air can be briefly redirected into the hot aisle to make the area tolerable for staff.