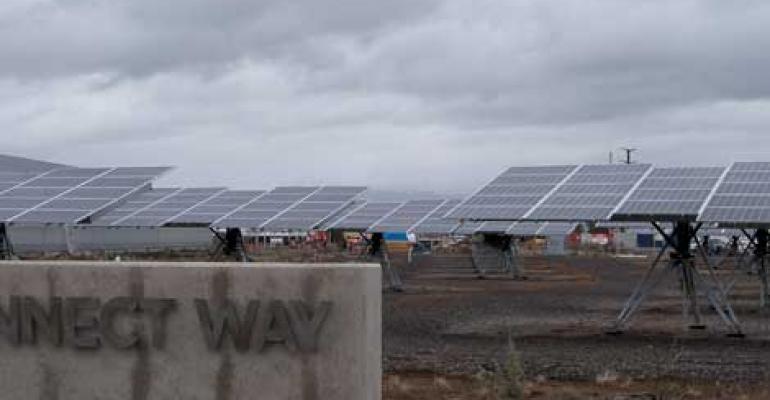 Facebook has built a large solar array next to its new data center in Prineville, Oregon.
Energy

Is Solar Power for Data Centers a Bad Idea?

Solar power has become the hot new accessory for major data centers. But do these solar arrays make sense, given the current economics of solar energy and the volume of power required? James Hamilton of Amazon challenges the wisdom of on-site solar for data centers. 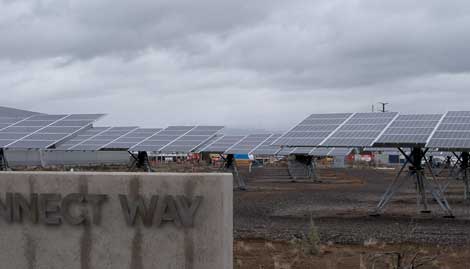 Solar power has become the hot new accessory for major data centers. In the past several years, arrays of photovoltaic solar panels have been announced for data centers from Apple, Facebook, Cisco and Emerson Network Power.

But do these solar arrays make sense, given the current economics of solar energy and the volume of power required to support a modern data center? James Hamilton of Amazon Web Services, who often presents on data center economics at industry conferences, challenges the wisdom of solar in a new blog post.

"I love solar power, but in reflecting carefully on a couple of high profile data center deployments of solar power, I’m really developing serious reservations that this is the path to reducing data center environmental impact," Hamilton writes. "I just can’t make the math work and find myself wondering if these large solar farms are really somewhere between a bad idea and pure marketing, where the environmental impact is purely optical."

Solar power hasn’t been widely used in data centers because it takes a very large installation of photovoltaic (PV) solar panels to produce even a fraction of the energy required by most data centers. Some arrays, like the one at Facebook's Oregon facility, provide power for office space rather than the servers n the data center itself. Looking at solar output data at different geographies, Hamilton says the output of these arrays - even Apple's proposed 20 megawatt facility in North Carolina - just doesn't add up.

While praising Facebook for its efficiency, Hamilton says the array in Prineville is "very close to purely marketing expense." So what are the economics of solar from a marketing perspective? It's probably not an accident that the flurry of on-site solar arrays appeared after Facebook took a public relations beating from Greenpeace, which launched a high-profile "Unfriend Dirty Coal" campaign to protest the low volume of renewables in the power sourcing  for the Facebook facility in Prineville.

But seeking to appease Greenpeace with solar panels seems a foolhardy undertaking, as evidenced by the environmental group's  reaction to Apple's announcement of its 20-megawatt solar array. Rather than praise Apple for its commitment to on-site solar for its data center, Greenpeace  used the release of the "new iPad" to bash the company for relying upon coal-sourced energy from the local utility.

"Apple could apply the innovative spirit so evident in its latest iPad to its iCloud by powering it with renewable energy like wind and solar," said Greenpeace Senior Policy Analyst Gary Cook. "Or, it could continue to lag behind the rest of the industry by sticking with coal, a 19th-century technology that poisons communities and the climate.”

Like Hamilton, Cook argues that the solar array is inconsequential given the overall energy used by Apple. "While Apple has been more than happy to draw the media's attention to how large the solar farm is, it has kept its lips stapled firmly shut when it comes to just how much coal will still be required to power the cloud," Cook writes in Greenpeace's response to the Apple solar announcement.

So if the economics don't work, and Greenpeace isn't impressed, what's the future for solar in the data center? When it comes to renewables at data center scale, hydro power remains the best option.

For more, see Hamilton's blog post and our special report on data centers and renewable energy.

Azure Launches West US 3 Facility in West Phoenix, After Live-Modeling It in 3D
Jun 16, 2021

Microsoft Teams Up With Accenture, Goldman on Greener Software
May 26, 2021