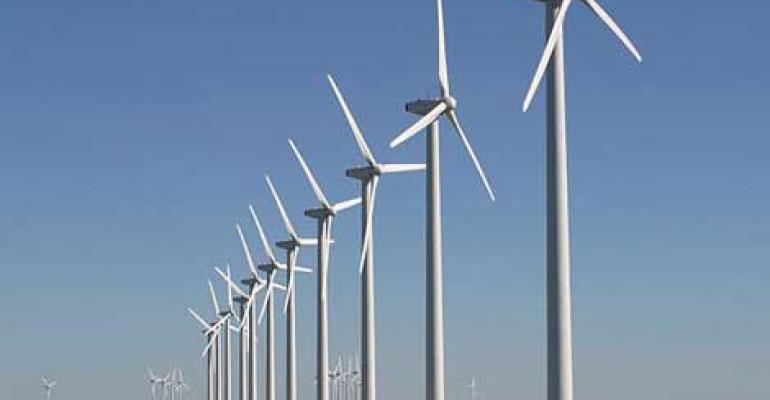 Microsoft&#8217;s deal with developer of 175MW wind farm in Illinois is its largest PPA to date.
Design>Power and Cooling

Can Data Centers Can Make the Grid Greener?

Can the combined purchasing power of the data center industry make renewable energy more accessible? Google's Joe Kava this week challenged the industry to work together to build a consortium to buy renewable power and push it to the grid. 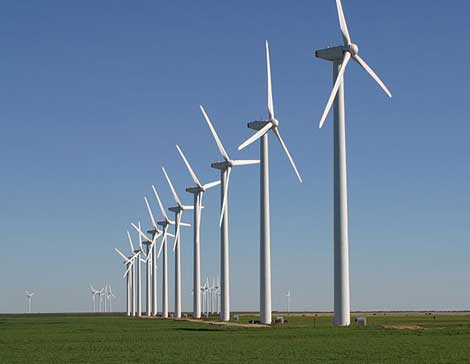 NEW YORK - Can the combined purchasing power of the data center industry make renewable energy more accessible? Joe Kava believes that it can. Kava, who heads that data center team at Google, said Tuesday that the company's power purchasing agreements will add more than 200 megawatts of wind power to the local utility grids that support its data centers.

Kava believes this model could work on a larger scale, giving a greener tint to the power supporting the growth of the Internet, and boosting the viability of new companies seeking markets for renewable energy.

"I’d like to challenge the industry to pool its resources," said Kava, the Senior Director of Data Center Services, at the DataCenterDynamics New York conference Tuesday. "Why can’t we, as an industry, form a consortium to buy renewable power and push it to the grid. That way we can green the power we are all using."

Such a strategy could build upon the Google's use of power purchase agreements (PPAs) to offset the carbon impact of its data centers. The search giant has used these agreements to procure 111 megawatts of wind energy in Iowa, and another 101 megawatts in Oklahoma. In these deals, Google strikes long-term contracts to buy energy from companies that operate wind turbines, and then resells that power to the utility grid through the regional spot market, taking advantage of Google's new status as an energy trading company.

"To us, it’s about increasing the content and percentage of renewables on the grid," said Kava. "If we can increase the green content on that grid, we’ll also green our data center."

At DataCenterDynamics, Kava discussed Google's approach to making its data centers carbon neutral, which features a three-pronged approach - reduce, renew and remedy. On the reduce front, Google continues to improve the energy efficiency of its data centers. Google has reduced its annualized Power Usage Effectiveness (PUE) from 1.21 in 2008 to 1.14 in the most recent quarter. The "remedy" piece involves the purchase of renewable energy credits (RECs).

Power Priced for the Long Haul

The "renew" piece of the equation features the power purchase agreements, where Google uses its bulk purchases to stimulate additional generation of renewable energy and offset the impact of its facilities on the local utility grid. Kava says the economics of these agreements are designed for the long term, as coal-fired power might be cheaper than wind generation at present.

Google's renewable power purchase agreements have been praised by Greenpeace, the environmental group that has been a leading critic of the data center industry's reliance upon grid power that is primarily sourced from coal. Greenpeace says PPAs are a better option that renewable energy credits because they can boost the generation of wind power and other renewables.

"There are still significant gaps in the private sector financing needed to deploy (renewable energy) at scale across many markets," Greenpeace wrote in a 2011 report on cloud computing and energy. "IT companies such as Google and Intel have demonstrated increasing interest in making direct clean energy investments, rather than purchase offsets or RECs to manage their emissions footprint. In other words, these companies can invest much-needed capital into the development and deployment of renewable energy instead of ‘renting’ the clean attributes of renewables generated by others."

Kava said he hasn't yet discussed his idea for a data center power-buying consortium with other companies. A key question is how such an effort would be organized. Google has an existing subsidiary (Google Energy) which can buy and sell power on the wholesale market, positioning it as a potential leader in such an effort.

The challenge is out there. Will other companies respond? Can a consortium approach work? Share your opinion in the comments.