Closer Look: Why Oregon is a Data Center Magnet

The Oregonian has published a series of stories examining the factors that have made Oregon an attractive home for data centers,and the role of the state's tax structure and local incentives in luring mission-criticial facilities. 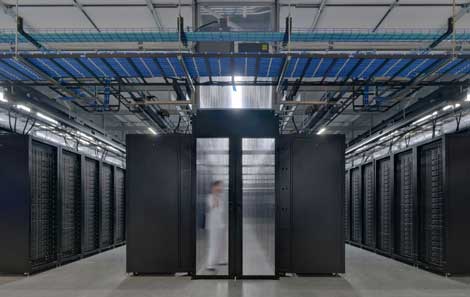 At DCK we've been tracking the emergence of Oregon as a destination for major data centers, a trend that has accelerated in recent months. Local media have also noticed, as illustrated in a three-part series by Mike Rogoway of The Oregonian, which appeared over the weekend. The series looks at the factors that have made Oregon an attractive home for data centers, takes a close look at high-profile facilities built by Google and Facebook, and examines the role of the state's tax structure and local incentives in attracting mission-criticial facilities. Here are links to each of the stories, which make for worthwhile reading for those who track site selection trends.

Data Centers in Oregon: High Tech Meets High Desert - Data centers arrived in Oregon five years ago, cloaked in mystery. There's no hiding them now. From Umatilla to Prineville to Hillsboro, server farms are sprouting across the state. This is Oregon's newest industry and, by some measures, may soon be among its biggest. They're here for the cheap power -- a big data center can gobble up more electricity than a small town -- and the mild climate that keeps their hardworking computers cool. Above all, they're here for tax breaks that make Oregon a relative bargain for companies that can spend $1 billion or more on a single facility.

Google Searches for Privacy, Finds a Community - Sitting on the far side of Interstate 84 from downtown, Google's riverfront site stands apart from The Dalles, population 13,620, physically and metaphorically. Inside the gates, Google's cloak of mystery dissolves into a kind of Disneyland for nerds. A softball batting cage stands idle outside one of the data centers; a hole for Frisbee golf sits in the center of one lawn. Along with scores of computers, the data centers come equipped with beanbags for lounging, ping pong tables and Xbox consoles awaiting workers in need of a break.

Incentives: Is Oregon Too Good A Deal for Server Farms? - Oregon didn't set out to recruit data centers, which aren't big employers. But they came anyway, attracted by the state's lack of sales tax and the broad property tax exemptions earmarked for companies that build in special tax havens called enterprise zones. Even with the breaks, data centers can make a big difference in a town with a small tax and employment base. Still, opinions are split on their long-term power implications and the wisdom of extending tax breaks to companies that don't do much hiring and consume a disproportionate share of resources.

Graphic: Inside an Oregon Server Farm - Go inside Facebook's data center with this detailed visual overview of the server area and cooling system.