Dell today announced the opening of a new data centre in Slough, United Kingdom that will support the company's IT outsourcing and cloud computing services across Europe, the Middle East and Africa. 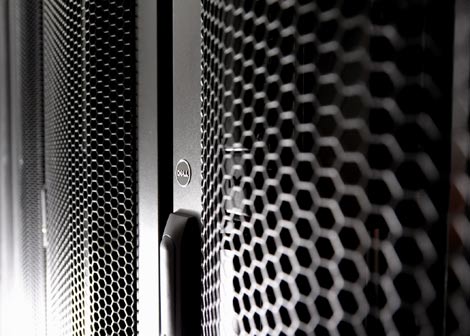 A close-up of the exterior of a Dell Modular Data Center. Today Dell announced the opening of a new data center in Slough, UK, which will feature modular units.

Dell today announced the opening of a new data center in Slough, United Kingdom that will support the company's IT outsourcing and cloud computing services across Europe, the Middle East and Africa.

The data center in Slough, which will enter production on Nov. 3, is part of Dell's two-year, $1 billion (USD) global data center expansion announced in April 2011. It's the first of several planned facilities to support Dell’s plans to offer cloud-based services across a global footprint.

“We are excited to announce the expansion of Dell’s global footprint with the opening of a next generation data center in the United Kingdom," said Don Mann, VP Infrastructure and Cloud Computing, Dell Services, who said the new facility "reinforces our commitment to deliver industry-leading services and solutions that help our customers innovate and drive business results.”

The 5,000 square foot data center in Slough is divided into two sections - a raised-floor area featuring rows of cabinets using hot aisle containment and in-row cooling units, and a second section with IT capacity deployed in Dell Modular Data Centers. The data center, which was developed by retrofitting an existing structure, will meet Tier III reliability standards and a power usage effectiveness (PUE) of about 1.5.

Slough, located  about 22 miles west of London, has evolved into a major data center hub, and is already home to facilities for Rackspace, Savvis, Equinix and Datapipe.

The services Dell will provide from the Slough facility include security and storage services, as well as platform services. In 2012 Dell will begin offering cloud services such as Dell Virtual Desktop-as-a-Service and Dell Cloud with VMware vCloud Datacenter Service.