Today the technology world is remembering Apple founder Steve Jobs, who passed away last night at 56. Jobs was unique was his ability to inspire others to accomplish something insanely great, which transformed the world of technology and entertainment, and may yet do the same for the data center and the cloud. 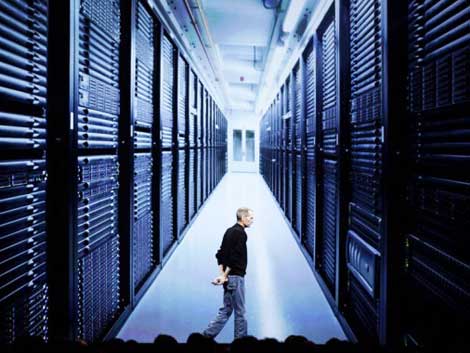 Today the technology world is remembering Apple founder Steve Jobs, who passed away last night at 56. His genius and passion can be seen all around us in products and entertainment we enjoy. Some of the notable personal remembrances of Jobs were shared by Walt Mossberg, Bill Gates and Steve Wozniak. Worthwhile appreciations can be read at The New York Times and Wired. On YouTube, many are turning to Apple ads, incuding a version of the Think Different commercial narrated by Jobs and the "1984" Super Bowl.

Perhaps the most shared link is Jobs' 2005 commencement address at Stanford, which includes his personal reflections on life, death, success and overcoming adversity. "Remembering that you are going to die is the best way I know to avoid the trap of thinking you have something to lose," Jobs said. "You are already naked. There is no reason not to follow your heat. Your time is limited, so don't waste it living someone else's life."

One of the things that made Steve Jobs unique was his ability to inspire others to accomplish something insanely great. That's why there was such incredible anticipation and curiosity about Apple's new data center in North Carolina. One of the public's last images of Jobs came at the close of Apple’s developer conference in June, as he introduced the "iDataCenter" (photo above) and his vision for the cloud. "Some people think the cloud is just a big disk in the sky," said Jobs as he discussed the iCloud. "We think it’s way more than that. We’re going to move the digital hub, the center of your digital life, into the cloud." What might an insanely great data center and cloud look like? We'll see in months and years to come, as Jobs' legacy lives on in the work of the Apple team and technology lovers everywhere.