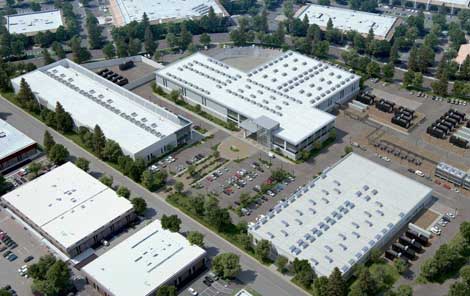 An aerial view of the Vantage Data Centers campus in Santa Clara, Calif. The company reports active leasing for its first two buildings.

Wholesale data center provider Vantage Data Centers has leased 93 percent of the available space in its first two data centers at its new Santa Clara campus, the company said today. The leasing successes are notable because Vantage is a new player in the wholesale market, and has quickly filled virtually all of its space in one of the most competitive markets in the data center industry.

"While the demand environment in Silicon Valley is clearly robust, this market is also one of the world’s most competitive," said Jim Trout, CEO of Vantage Data Centers. "We chose to launch Vantage in such an environment to prove that we could excel in a highly competitive marketplace with established players. After having initial success in this market, Vantage is confident it can bring this same, much needed, customer-centric approach to virtually any data center market."

In light of that, Vantage's ability to lease 15 megawatts of space in an 8-month span is an impressive debut. The flurry of leasing by Vantage may also ease concern by some analysts' that Silicon Valley was facing an oversupply of new wholesale data center space.

Vantage entered the data center market in 2009 with backing from Silver Lake Partners, a leading technology investment firm. The company completed its first data center, known as V3, in February. The 6 megawatt facility launched with an anchor tenant leasing 3 megawatts of space. The company has since signed two additional tenants, each leasing 1 megawatt of space. V3 recently earned Platinum-level rating, the highest level attainable under the LEED ( Leadership in Energy and Environmental Design) program for energy efficient buildings.

V2, the second Vantage facility, is a newly-completed 9 megawatt data center that has been fully leased to a single tenant. The building incorporates a new design that employs a "penthouse" cooling design, in which outside air is filtered and drops down into the server halls.

Vantage says it is about to commence sales for V1, the third Santa Clara data center building, with 10 megawatts and an additional 90,000 square feet of Powered Shell coming online over the next two quarters.

Trout said that Vantage initially believed that being first to market with its space was critical to succeeding in Santa Clara. While V3 came to market before several other new expansion projects, only one deal was signed before competing inventory came online.

“Vantage competed with the major incumbent wholesale providers to win each of these leases, proving that customers want a new approach to address their IT infrastructure needs," said Trout.

Trout says Vantage worked closely with prospects to meet their requirements. An example is the tenant in V2, who was attracted by the "vertical scalability" of the design, which will allow the tenant to double the capacity to 18  megawatts by installing additional power and cooling equipment. Ducting is already in place for additional cooling capacity.

"One differentiator is that people like access to our engineers," said Trout. "We hired a lot of engineers, and did it on purpose.   A lot of companies have outsourced these functions, but we likely having an in-house design team. This intimate and collaborative approach between customer and provider takes the typical 'landlord-tenant’ relationship seen in this industry and turns it on its head, creating a new class of technology infrastructure that the market truly needs." 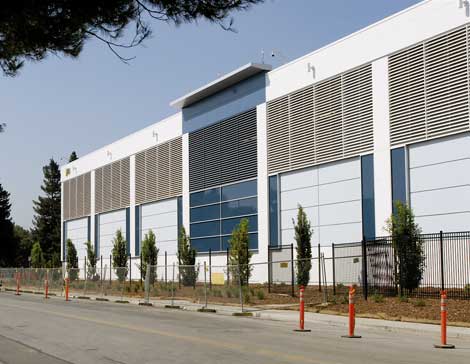