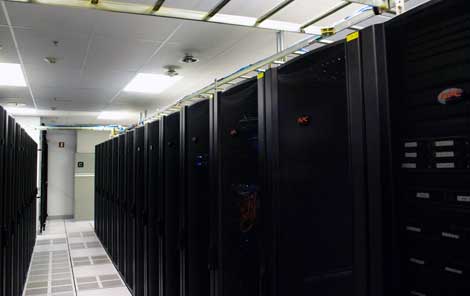 Inside one of CoreLink's five data centers. The company has facilities in Seattle, Phoenix, Las Vegas and Chicago.

One example is CoreLink Data Centers, a four-year old company that has focused on acquiring and upgrading existing facilities. With backing from Boston-based private equity firm M/C/ Venture Partners, CoreLink has built a footprint of five data centers in Las Vegas, Phoenix, Seattle and Chicago.

"We're twice as large as we were a year ago," said Michael Duckett, the President and Chief Operating Officer of CoreLink. "We started with a small footprint of about 35,000 square feet, and we're now sitting on over 180,000 square feet of space. That's all occurred literally in 18 months."

In focusing on markets like Las Vegas, Phoenix and Seattle during the economic slump, CoreLink was bucking the prevailing trend. Most major data center providers concentrated on northern Virginia, Silicon Valley and New Jersey during that period, according to Tier 1 Research, which recently published a report tracking activity in "emerging markets" in North America.

"As access to capital tightened in late 2008 throughout 2009, the little capital that was deployed was primarily invested in incremental capacity builds in the top six markets," writes Tier 1 analyst Jeff Paschke. "This resulted in little investment in the emerging major North American markets over the same time period. But starting in 2010, interest has resumed in these markets and activity has increased."

That's been reflected in business activity for CoreLink, whose target customers are small to medium-sized businesses rather than Internet titans. The company offers colocation services, but also has done well selling managed security and networking services. Duckett said CoreLink has filled its initial phases of data center space in Las Vegas and Seattle, and is building 40,000 square feet of expansion space in Seattle. "I would have never guessed a year ago that Las Vegas would be growing the way it is," said Duckett.

It's also been reflected in financing and acquisition activity, as private equity firms have invested in data center service providers who have established themselves in smaller markets. Examples include the acquisition of ViaWest by Oak Hill Capital and GI Partners, Welsh Carson's investment in Peak 10,  and ABRY Partners' acqusitions of Q9 Networks and Telx.

CoreLink got its start when its founders bought three existing PacWest carrier hotels sites in Phoenix, Las Vegas and Seattle and upgraded the facilities to support higher power densities. Last October the company acquired an 80,000 square foot data center in the suburban Chicago market, which also serves as the company's heaquarters. CoreLink has also acquired the second facility in Seattle,  a project begun by a managed hosting provider.

"The initial three data centers were opportunistic," said Duckett, who said CoreLink has focused on second-tier markets with a limited number of players and solid demand. "Our original founders picked three good markets, and we've benefited from that."

With the support of M/C Ventures, CoreLink will continue to seek expansion opportunities in underserved markets.

"There is opportunity for expansion, and we're always out there looking, both in our existing markets and other tier two markets," said Duckett. " I think we'll stay out of the major tier 1 markets and concentrate on markets, where there's good business and it's easier to get your name out there. And we're going to continue to add enhanced services around our core business of colocation and connectivity." 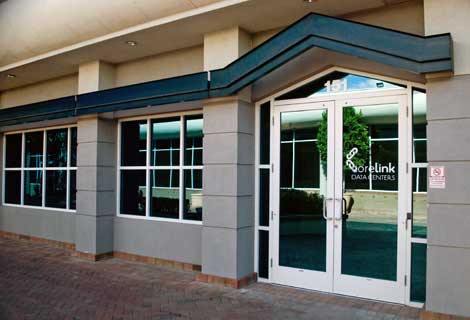 The exterior of one of CoreLink's data centers.