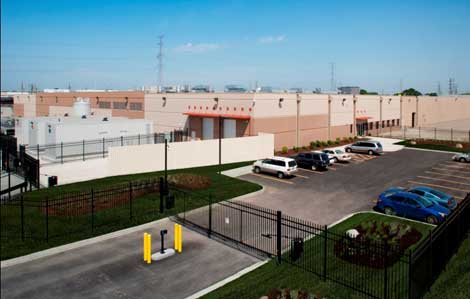 Data center developer Ascent Corporation today unveiled cable giant Comcast as the anchor tenant for its new CH2 Data Center in Northlake, Illinois. Comcast has moved into a 27,000 square foot dedicated data center suite, which it will use  to run a range of applications, including systems for customer support and billing.

"We did a nationwide search for data center sites, and narrowed it down to Chicago," said Simpson Cumba, Director of Data Center Management at Comcast. "We like the model they had here, the Ascent team let us know they could meet our initial timetable."

CH2 is a 250,000 square foot multi-tenant data center facility offering build-to-suit "Dynamic Data Center Suites" with access and infrastructure that can be customized for customer requirements. Comcast has its own entrance, security access and shipping and receiving area, as well as dedicated mechanical and power infrastructure. The facility uses air economization (free cooling) with a four-foot raised floor, and is expected to operate at a Power Usage Effectiveness (PUE) of 1.3.

Ascent President and CEO Phil Horstmann said the Comcast project has a "pretty aggressive timeline." Ascent had the space ready for Comcast within 120 days of signing. The tenant has the option of expanding as needed. "One of the things we really like about this data center is that the property offers us the ability to expand in contiguous space," said Comcast's  Cumba.

The Ascent project is the most recent entry in the Chicago data center market, which actually consists of two sub-markets – an active market in downtown Chicago consisting primarily of small footprints and highly-connected space coveted by trading operations, and a group of large data center facilities in the city’s western suburbs that offer larger footprints suitable for hosting and Internet companies. Demand has historically been very strong in the downtown market, while space in the suburbs has taken longer to fill.

Enterprise Demand in the Suburbs

Horstmann sees it somewhat differently. Ascent’s first enormous Chicago-area property, CH1, was quickly leased to Microsoft Corp. to serve as an enormous container data center. Now, with one tenant in place at CH2 and a second customer currently being installed, Horstmann says demand seems fine to him. He differentiates between large facilities optimized for Internet and hosting companies (like CH1) and the company's approach to CH2.

"Suburban Chicago has always been criticized as being overbuilt," said Horstmann. " I've always contended that that's only one type of space. We're really targeting the enterprise user. What we're trying to do is bring the advantages of hyper-scale computing and its economics to enterprise users. Chicago is a huge market, with amazing latency to the east and west. With this product, we can turn a lot of different dials." 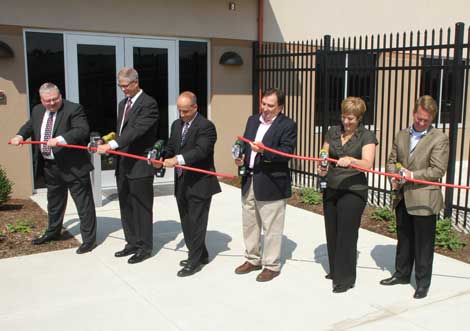