New York Internet made its name as provider of colocation and managed hosting services to financial services from a data center in Manhattan's financial district. The company has now broadened its horizons by opening a second data center in New Jersey. 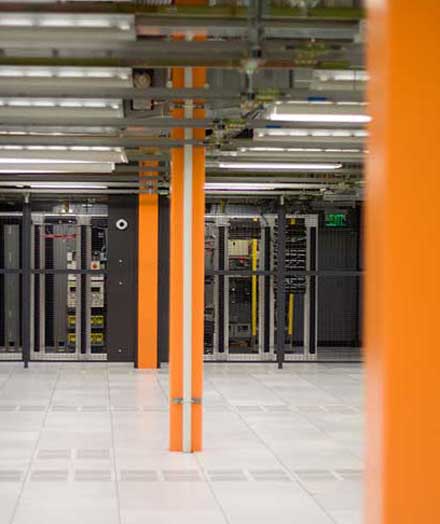 The New York Internet Company has made its name as provider of colocation and managed hosting services to financial services from a data center in Manhattan's financial district. The company has now broadened its horizons by opening a second data center in New Jersey. But even though it's now operating in several states, it’s not changing its name, or the distinctive orange color scheme seen in its logo.

"I think we spend more on orange paint than any company in New Jersey," joked Phillip Koblence, the VP of Operations at NYI. "All the steel in the building is painted orange."

NYI has built a reputation for reliability, regularly placing at or near the top of a monthly survey of the most reliable hosting providers compiled by Netcraft, a UK research firm. New York Internet was the top performer in the Netcraft reliability survey four times in 2009, and is tied for the top spot this month.

The company began life in 1996 as a consulting firm offering basic hosting solutions, but has gradually built out a broader product line and two major data centers. New York Internet's primary data center is at 100 William Street in the financial district in New York, where it provides colocation, managed hosting and dedicated servers for customers from Wall Street firms and media companies.

The Bridgewater facilty previously served as a backup data center for ADP, the payroll processing company. New York Internet than made improvements, elevating the 12-inch raised floor to 24 inches to support additional cooling capacity for high-density server installations. NYI uses the under-floor plenum only for cooling, running all power and fiber cabling overhead, above the racks.

The first phase of the data center occupies the upper floor of the two-story Bridgewater building, with the first floor available for conversion to data center space as demand requires. In the meantime, NYI has created a small conference center on the lower level that hosts events by the New Jersey Technology Council and other local and regional technology groups. These events help potential customers familiarize themselves with NYI, but also align with the company’s long-time support for open source software communities.

In discussing his company’s strengths, Koblence points to what he calls the “NYI Difference,” an approach that combines the resources and capabilities of larger providers with the type of personalized support seen at boutique services. That’s a reflection of the priorities established by NYI’s early customers from Wall Street.

“Financial services customers’ extreme sensitivity to operational issues makes us raise our overall service level,” he said. “That’s a key differentiator that benefits the rest of our customers.”

With the New Jersey facility, NYI believes it can tap the pool of small- to medium-sized businesses requiring disaster recovery and business continuity services. The Bridgewater site is within 50 fiber miles of New York City, with connectivity from AboveNet, Lightpath, and Verizon Business.

The first phase of the Bridgewater site has power capacity of 5 megawatts, with expansion power of up to 20 megawatts planned. The facility is supported by a 2N+1 uninterruptible power supply (UPS) system and two Cummins generators. 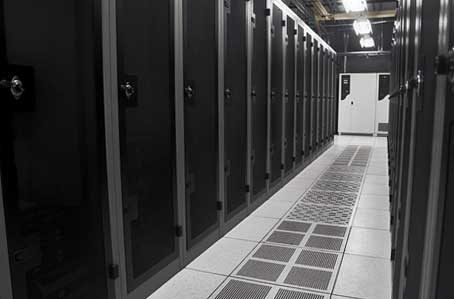 Rows of cabinets at the New York Internet data center in Bridgewater, N.J., viewed from the cold aisle.