A Look Inside Amazon's Data Centers 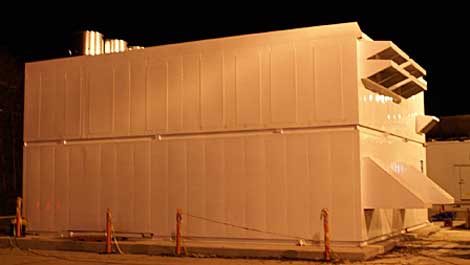 Amazon Web Services doesn't say much about the data centers powering its cloud computing platform. But this week the company held a technology open house in Seattle, where AWS Distinguished Engineer James Hamilton discussed the company's infrastructure. The presentation (PDF) included an image of a modular data center design used by Amazon, which is the first official acknowledgement that the company uses modular infrastructure.

Hamilton also shared a factoid that provides a sense of the rapid growth of Amazon's cloud platform. "Every day Amazon Web Services adds enough new capacity to support all of Amazon.com's global infrastructure through the company's first 5 years, when it was a $2.76 billion annual revenue enterprise," Hamilton states in one of the slides.

Even without the exact numbers, that's an indicator of how rapidly Amazon's infrastructure is growing, and why the company has recently began acquiring additional sites in Ireland, northern Virginia and Oregon for data center expansion.

In his research at Microsoft and now at Amazon Web Services, Hamilton has focused on cost models for operating hyper-scale data centers. His presentation at the Amazon open house reviewed cost assumptions for an 8 megawatt data center, which could include 46,000 servers.

Hamilton estimated the cost at $88 million (about $11 million per megawatt), and presented a pie chart outlining monthly operating costs for a facility, which is dominated by the cost for servers (57 percent), followed by power and cooling (18 percent) and electric power (13 percent).

These percentages are consistent with Hamilton's earlier published research on data center costs. His example assumes power costs of roughly 7 cents per kilowatt hour and a Power Usage Effectiveness (PUE), which both suggest that the example data center is a composite  of Amazon's global footprint rather than its best-performing data center.

Hamilton was an early advocate of using shipping containers to deploy large volumes of servers in a tightly-controlled environment, first discussing this approach in a series of 2007 presentations that preceded Microsoft's decision to use modular units to deploy its cloud computing infrastructure. When Hamilton moved to AWS, it prompted speculation that Amazon might also be using containers.

At Tuesday's open house Hamilton displayed a slide of modular data centers, including the Amazon Perdix. The unit appears to be a custom-built unit that is wider and taller than standard ISO containers. While it's hard to glean much from the exterior, vents at the side and top suggest cooling is managed in the upper section of the unit, which is air-cooled. Why Perdix? It's the name of a character in Greek mythology known for inventing useful tools.

Is this Amazon's current technology? Perhaps not. An Amazon affiliate that builds the company's data centers has submitted building plans for a new facility in Umatilla, Oregon featuring six modules, according to local media. Plans show the structures will be about 20 feet wide and 108 feet long, situated side by side on the property, according to the East Oregonian.

Amazon continues to deploy infrastructure on raised floor, as seen in this photo shared by Hamilton. 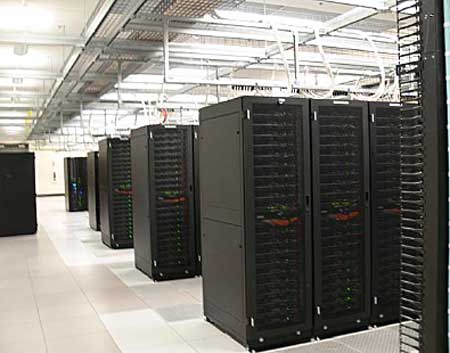 A slide of a data center from a presentation at the Amazon Technology Open House.