After four years of building out the web's fastest-growing infrastructure, Facebook VP of Technical Operations Jonathan Heiliger will be leaving the company. 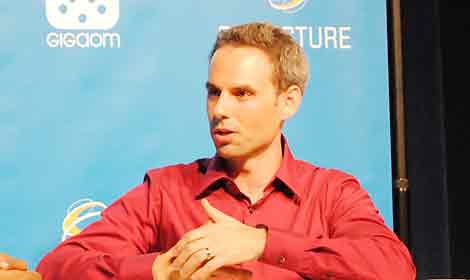 After four years of building out the web's fastest-growing infrastructure, Jonathan Heiliger will be leaving Facebook, the company confirmed Tuesday. As the VP of Technical Operations, Heiliger has helped Facebook make the transition from colocation space to leased data center space, and now to building its own custom data centers.

"We can confirm that Jonathan Heiliger will soon leave the company to return to his roots as an entrepreneur," Facebook said in a statement. "Jonathan will be missed, but his departure is made a little easier thanks to the strong, talented team put in place over the years. We suspect Jonathan’s energy and experience will be put towards making the Web more scalable and more social so our loss is a net gain for the technology community."

Heiliger's plans were first noted by Om Malik, who reports that Heliger will depart this summer. Om says Heiliger's duties will likely be picked up by Jay Parikh, Facebook's Director of Engineering and a veteran of engineering and operations posts at Ning and Akamai.

Prior to joining Facebook, Heiliger was a technology advisor to several early-stage companies in connection with Index Ventures and Sequoia Capital. He formerly led the engineering team at Walmart.com, where he was responsible for infrastructure and building scalable systems. Jonathan also spent several years as Chief Operating Officer at Loudcloud, which later became Opsware and was acquired by HP.