Enterprise & Cloud: What Are the Decision Points?

Cloud computing is still in its early stages and most enterprises are still in the learning phase trying to understand how the cloud can best suit their needs. What are the key differentiators for the cloud model in the enterprise decision-making process? 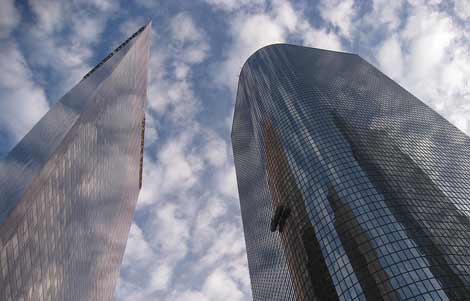 Cloud computing is still in its early stages and most enterprises are still in the learning phase trying to understand how the cloud can best suit their needs. Enterprises with considerable investments in IT infrastructure are often reluctant to consider migrating to the cloud. Some may ask:  Why go to the cloud if the infrastructure on-premise is already state-of-the-art? It will hardly change the capital expenses (Capex) a great deal since Capex is generally only about 10% of enterprise IT cost. The other 90% are operational costs (Opex) so generally going to the cloud shouldn‘t change the cost picture a great deal – as one of the main criteria for the cloud has been the conversion of Capex to Opex.

Are costs higher than anticipated?

So what‘s all the fuss then? Does cloud computing guarantee a foreseeable or fixed Opex? Not really, as most public cloud service providers have a very granular cost breakdown on their cloud services including CPU, memory, bandwidth, data transfer (upload/download), etc. It can be quite difficult for the end-user to estimate exact costs although some service providers, like AWS, have provided a calculator on their website to make this an easier task. In fact, it has been pointed out by many users that costs can sometimes become significantly higher than originally planned and expected.

To alleviate this and support long-term requirements and commitment, service providers also offer access to resources on a long-term, fixed-fee basis. Again, AWS for example offers a 1-year and 3-year term reserved instances at a fixed-cost. In that case, costs can be made foreseeable although additional usage charges would normally apply, including data transfer, elastic IPs, etc. In this case infrastructure services (IaaS) can be compared to traditional hosting services. Customers rent or lease certain infrastructure for an upfront known cost.

The cloud removes many barriers

All of these distinguish cloud computing services from the traditional hosting and ASP services we have known for many years. This is also something that’s making cloud computing such an interesting and a viable alternative for many companies, small and large. Cloud computing is allowing the smallest companies to focus on core activities and remove the additional need for maintaining the necessary in-house capacity and know-how of running complicated IT resources. Also, the cloud is enabling companies to grow very fast on a global scale, if they come up with interesting and successful services. No longer are they restricted by IT capacity, as they can simply add the necessary computing resources through the cloud when they need them.