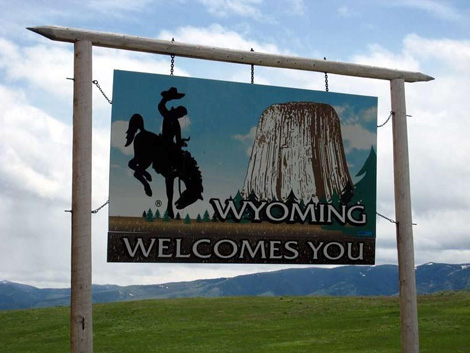 Verizon is considering a site near Laramie, Wyoming for a massive data center project, the company told local media. The huge communications company has secured an option on 160 acres of land about a half a mile north of Laramie, according to Wyoming Public Radio.

Meanwhile, Wyoming Gov. Matt Mead is asking Wyoming lawmakers to approve incentives to attract data center projects. Mead says one major company is seriously considering building a data center in Laramie (presumably Verizon) and another is considering one in Cheyenne. There have been rumors for nearly a year that Cheyenne was in the running for a $750 million data center.

But the Verizon project could be even larger, according to legislators. Republican Sen. Phil Nicholas says the Laramie data center under consideration would bring 6 billion in investment and employ about 200 people, according to the Casper Tribune.

Verizon spokeswoman Lynn Staggs confirms that the company has a two-year option to purchase 160 acres of land north of Laramie.  “This is just an option for the land at this point," Staggs told the Laramie Boomerang. “We have not made any decisions about locating a data center there. We have over 250 data centers around the globe … so (Laramie) is just another location that we’re looking to position a data center."

Staggs said Verizon does not have a firm timeline. but said construction of the data center would begin within a few months of Verizon’s acquisition of the parcel. “I think once the decision was made, we would move pretty quickly,” she said.

Staggs told Wyoming Public Radio that the $6 billion invoked by lawmakers was high - at least in terms of initial investment. "The way we typically approach building data centers is a phased approach," Staggs told WPR. "That's the way we would approach this is a phased approach. So we would build one building and then based on the business needs we would grow the facility at that site."

Building Big in Buffalo
Those spending numbers may seem improbable. But there's no question Verizon is massively scaling up its data center operations. Verizon is moving ahead with plans to build a mammoth data center campus in Somerset, N.Y. on the shores of Lake Ontario. The company outlined plans to spend $500 million to build 900,000 square feet of data center space, which it will fill with up to $3.4 billion worth of equipment over the 20-year life of the facility. Combined with land, utilities and other costs, the project represents a total investment of about $4.5 billion, according to the Buffalo News.

Verizon Business has announced a major expansion of its data center network to support its push into cloud computing. And then there's this week's announcement that Verizon will soon begin offering the iPhone to its users, which could also boost demand on the company's network.

For the past several years, economic development officials from Wyoming have been among the many state delegations with booths at major data center conventions, touting the state’s merits as a destination for major data center projects.

Other Wyoming Projects
Cheyenne is currently home to a $65 million supercomputing data center for the National Center for Atmospheric Research (NCAR). Scientists will use the supercomputing center to accelerate research into climate change, examining how it might affect agriculture, water resources, energy use, sea levels and impact on extreme weather events, including hurricanes. (See our Industry Perspectives column from Scott Kuehn of H+L Architecture).

EchoStar Broadcasting recently picked Cheyenne as the site of a 77,000-square-foot data center. The multimillion-dollar facility, expected to be completed by end of 2011, will be located adjacent to EchoStar’s existing satellite uplink and broadcast facility in the Cheyenne Business Park, just east of Cheyenne.