<img src="/sites/datacenterknowledge.com/files/wp-content/uploads/2008/09/ike-space.jpg" width="475" height="276" /> This storm season in the Atlantic has been forecast as a very active and for leading weather websites, hurricanes that threaten the U.S. mainland can present high volumes of users. We talk to three leading sites about infrastructure and preparations for handling peak traffic. 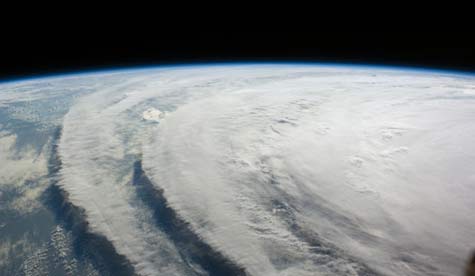 August heralds the start of the most active phase of the Atlantic hurricane season, according to Jane Lubchenco, Ph.D., administer of National Oceanic and Atmospheric Administration (NOAA). And for leading weather websites, hurricanes that threaten the U.S. mainland can present major traffic events.

For The Weather Channel, Stormpulse and NOAA's National Hurricane Center, it's mission critical to stay online to keep the public aware of “real- time” information about the path of these storms.

That's likely to hold true again this year, as forecasters expect an active hurricane season. In early August, NOAA released updated predictions for the Atlantic Basin for a total of 14 to 20 named storms, including 8 to 12 hurricanes (top winds of 74 mph or higher), of which 4 to 6 could reach "major hurricane" strength of Category 3, 4 or 5 with winds of at least 111 mph.

We reached out to three of the leading weather sites to talk about their infrastructure and what peak traffic preparations. They use a combination of tools, including in-house data centers, hosting services, content delivery networks and cloud computing platforms.

"We often see some of our largest traffic days during severe weather, and specifically during tropical activity," said  Melissa Medori, a spokesperson at The Weather Channel. "While we do not offer daily traffic averages, we receive more than 40 million visitors each month across our digital properties." Medori reported that the  company owns a "couple of data centers" and also used outside web hosting, but declined to name the providers.

Preparation for hurricane season includes additional load testing to ensure the proper infrastructure is in place. "If this stress testing exposes issues, they are addressed before the hurricane season even begins," she said. "Besides the additional load testing, no additional steps are taken to manage news-related or weather-related traffic spikes since we prepare for them ahead of time – similar to how The Weather Channel recommends consumers prepare for a hurricane ahead of time. Preparation is the best action, not only to stay safe in severe weather but also to manage spikes."

Interestingly, The Weather Channel's highest peak traffic occurs more often during snow storms on the Eastern seaboard of the United States. "One of our largest days according to internal numbers was Feb. 9, 2010," Medori said. "TWC reached its single-day record at the time of 178 million page views across its digital platforms - weather.com, The Weather Channel Desktop and The Weather Channel Mobile including mobile Web and downloadable applications available on iPhone, Android, BlackBerry and Palm devices."

Stormpulse is a fast-growing site known for its use of rich graphics and maps to provide detailed data on the path and strength of storms. With daily traffic ranging from tens of thousands to hundreds of thousands of visitors, uses cloud computing to serve up its site. Stormpulse is a customer of Amazon's EC2 and S3 services, according to co-founder Matthew Wensing.

"Our infrastructure is designed with spikes in mind," said Wensing. "All of our back-end computations (data collection, aggregation, and image-processing jobs) happen on separate servers from our customer-facing machines. We cache everything and use the best open-source caching software available.

"Our boxes are also role-agnostic, so we can quickly deploy new machines and then dynamically change their roles (master, slave, database read-only, database read-write) as needs change," Wensing added.

Hurricanes have been the largest traffic events for Stormpulse. Hurricane Ike in 2008 generated 2.1 million visits in one day (with several more million in the days leading up to and following that day).

While news-related traffic has come to Stormpulse from CNN, The Drudge Report, and USA Today, Wensing said none of these referrers have made as much impact as direct traffic during a major storm. "The spikes that come from news sites are bumps on the larger mountain," he said. "The vast majority of our traffic is direct."

The National Hurricane Center hosts its own data, with the ability to add support from content delivery networks (CDN) to manage peak traffic spikes, according to Dennis Feltgen, Public Affairs Officer/Meteorologist at the center.

“To optimize sites for hurricane season, redundancy of National Hurricane Center and Hydrometerological Prediction Center, our sites are also optimized for CDN," Feltgen said. "The switch from our servers to CDN systems can be accomplished in a matter of a few hours and is transparent to the users.”