A Vision for the Modular Enterprise 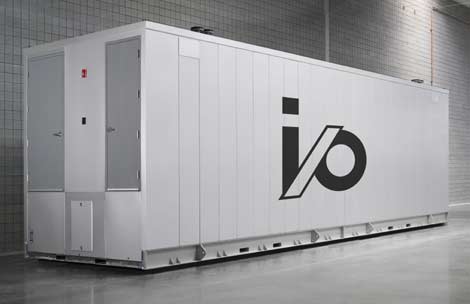 One of the prototype units for for the i/o Anywhere modular data center.

PHOENIX, Ariz. - The way George Slessman sees it, i/o Anywhere is much more than a container. Slessman, the CEO of i/o Data Centers, believes the company's new modular data center design is at the forefront of a fundamental shift in the way enterprise companies will buy and deploy data centers.

"Our feeling is that the underlying demand for data center properties is outstripping supply over the long term, but the way the industry is building data centers will not scale," said Slessman.

i/o Anywhere is the company's response: a family of modular data center components that can create and deploy a fully-configured enterprise data center within 120 days. i/o Data Centers says these factory-built modular designs can transform the cost and delivery time for IT capacity.

Most importantly, the new modular designs alter the location equation, allowing data centers to be deployed at or near a customer premises, offering the benefits of outsourced data centers in an in-house environment.

Multiple Customized Modules
Data Center Knowledge got an early look at i/o Anywhere, which is standardized on a container form factor, but includes custom modules for IT equipment, power infrastructure and network gear. i/o Data Centers will also offer containerized chillers and generators, as well as modules supplying thermal storage and even solar power.

i/o Anywhere is the latest example of container-based designs that seek to go beyond the "server box" to create a fully-integrated data center. Early container implementations have focused on cloud data centers (as at Microsoft), remote IT requirements or temporary data center capacity. i/o Data Centers is notable for its commitment to its modular approach as the basis for its own enterprise-centric colocation and wholesale data center business.

The company is used to making bold bets on growth. In mid-2009 i/o Data Centers opened one of the world's largest colocation data  centers in the midst of a bruising recession. A year after opening the doors at the 538,000 square foot i/o Phoenix, the company has fully leased the 180,000 square foot first phase.

i/o Anywhere to Drive Phoenix ONE Growth
The entire second phase of i/o Phoenix will be delivered using the i/o Anywhere modular design, which will also serve as the basis of i/o Data Centers' future facilities, Slessman says. The company has deployed its first i/o Anywhere module in Phase II of i/o Phoenix, which eventually will house up to 200 modules supporting customer equipment.

The company expects to begin installing customers in December. i/o Data Centers said it is also in active negotiations on i/o Anywhere deployments in other locations.

Here's a look at some of the features of i/o Anywhere:

The modular design incorporates key features of the infrastructure i/o Data Centers has adopted in its facilities in Scottsdale and Phoenix, including ultrasonic humidification and energy-efficient variable frequency drives in chillers, plug fans and and air handlers. i/o Anywhere will also be backed by the same 100 percent uptime service level agreement (SLA) offered in i/o's existing data centers. 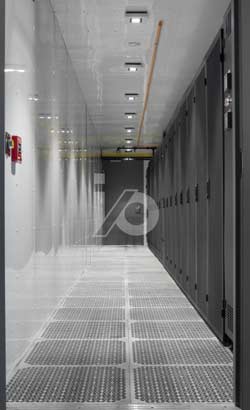 A key challenge for i/o Anywhere and other modular offerings is finding customers' comfort level with new designs. Slessman said enterprise customers are interested in container-based designs that resemble a traditional data center. That feedback prompted the use of a raised floor, which isn't essential but provides a familiar look and feel (see image at left of the interior of an i/o Anywhere data module).

But i/o Data Centers believes that interest in cloud computing and capital preservation will drive changes in the data center sector. Slessman said the industry can scale using two approaches: the "747 model" featuring a small number of massive facilities, and the "Volkswagen model" offering a larger volume at an attractive price point.

i/o Data Centers hopes to compete on both fronts as it expands beyond its core Phoenix market. The company is contemplating additional data centers in new markets. Meanwhile, Slessman says modular designs may be of particular interest to companies that have previously resisted outsourcing their data centers.

"Only 15 percent of enterprise users have outsourced their data centers," said Slessman. "We are interested in that other 85 percent."

Cloud Computing May Drive Adoption
The buzz about cloud computing could be a factor in adoption of container-based design. Many enterprises are interested in the benefits of cloud computing, but wary of placing mission-critical IT assets in a public cloud environment. Containers provide a way for these companies to quickly deploy private clouds on premises. Microsoft is already targeting this market with its Windows Azure Platform Appliance.

"The key is to talk about this as a platform," said Anthony Wanger, President of i/o Data Centers. "We think we have a meaningful first movers advantage. Our focus is on building a toolset for our customers, and maintaining a capital structure that allows I/O to reinvest in innovation and infrastructure."