On Thursday President Barack Obama on Thursday ordered the heads of federal agencies to accelerate efforts to sell or consolidate underused real estate, singling out data enters for special attention. 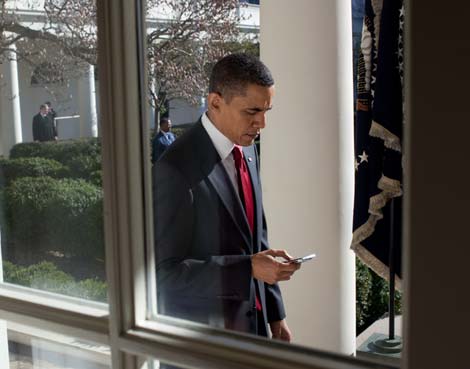 Data centers have made it to the Oval Office, albeit in a "let's cut some costs" kind of way. On Thursday President Barack Obama on Thursday ordered the heads of federal agencies to accelerate efforts to sell or consolidate underused real estate, singling out data enters for special attention.

"Both taxpayer dollars and energy resources are being wasted to maintain these excess assets. In addition, many of the properties necessary for the Government's work are not operated efficiently, resulting in wasted funds and excessive greenhouse gas pollution," Obama wrote in the memo.

"For example, over the past decade, the private sector reduced its data center footprint by capitalizing on innovative technologies to increase efficiencies. However, during that same period, the Federal Government experienced a substantial increase in the number of data centers, leading to increased energy consumption, real property expenditures, and operations and maintenance costs."

The federal government has already begun what looms as the largest data center consolidation in history, hoping to dramatically reduce IT operations that are currently distributed among more than 1,100 data centers. Obama's memo reinforces that priority, and places a price tag on the anticipated yield. Obama said he expects the process to "produce no less than $3 billion in cost savings by the end of fiscal year 2012."

In March, Federal CIO Vivek Kundra directed federal agencies to prepare an inventory of their IT assets by April 30 and develop a preliminary data center consolidation plan by June 30. These plans will need to be finalized by Dec. 31, 2010, with implementation beginning in 2011.

Seven Percent Utilization?
"One of the most troubling aspects about the data centers is that in a lot of these cases, we’re finding that server utilization is actually around seven percent,” Kundra said in April in which he used the utilization data to argue for the cloud computing model. Kundra made it clear that one of the goals of the governments’ data center consolidation effort will be to identify projects that can run in the cloud “instead of just webifying our brick and mortar institutions.”

Which players figure to benefit if the U.S. shifts large numbers of federal applications from in-house data centers to cloud computing platforms? See Who Are The Contenders for the Federal Cloud? for more