Technology from Hewlett Packard is once again at the heart of a DreamWorks Animation film; this time the new 3D feature "Shrek Forever After." 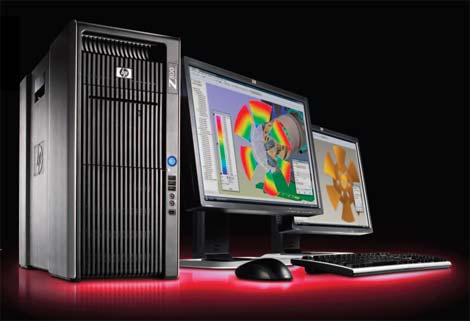 The HP Z800 workstation was among the HP technology used by Dreamworks Animation to create the latest Shrek sequel.

HP technology has powered the development of the entire Shrek series. HP Z800 workstations were used by DreamWorks production artists for everything from characters to lighting. The render farm for "Shrek Forever After" was the largest and most powerful yet for the studio. More than 46 million render hours were required in production, with nearly 76 terabytes of data consumed. In 2001 the original "Shrek" movie used 6 terabytes of data and near 5 million render hours.

“DreamWorks Animation is famous for pushing the limits of innovation to engage with audiences in new ways,” said Jeff Wood, director, Worldwide Marketing, Workstations for HP. “HP is committed to a continued investment in research and development to provide customers like DreamWorks with innovations that break through creative barriers to enable the next generation in film.”

Some fun facts about "Shrek Forever After":