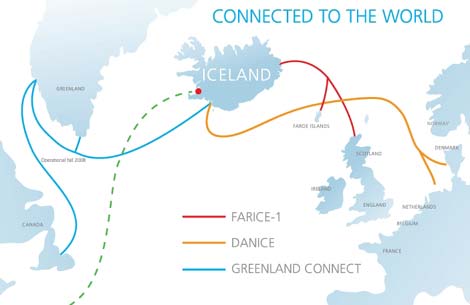 Iceland's supply of renewable power has won its first high-profile international data center customer. Web browser developer Opera Software was announced today as the first customer of the Thor Data Center. The facility in Hafnarfjorour is one of several new data center projects underway in Iceland, which has been actively marketing itself as a destination for data centers.

Thor DC said its facility will feature data center containers from Spanish tech firm AST Global that use fresh air cooling, allowing servers to run without the use of chillers for air conditioning. Thor said the container-based design allows for quick assembly of the data center, and flexibility in scaling to adapt to a client's needs.

Opera, which has 110 million users of its browsers, will deploy "a significant part of its electronic data traffic" to the Thor Data Center via submarine cables run by the Icelandic telecommunications company E-Farice. But the primary attraction for Opera was not bandwidth, but the ability to power its servers with renewable energy.

"The reason Opera Software came to sign an agreement with Thor Data Center is that the company can offer us energy from 100% renewable sources," said Jon Stephenson von Tetzchner, founder of Opera Software. "In coming years Iceland will be able to provide a more stable supply of energy than most other areas in the world. This fact, combined with the excellent technical knowledge of Thor DC’s staff, is the main reason why Opera Software has decided to base its data in Iceland."

Thor Data Center has secured 3.2 megawatts of electricity to be provided by HS Energy on the Reykjanes peninsula, with an option to expand its capacity to 19.2 megawatts if needed.

In early 2007 the government of Iceland began been touting the country as an affordable destination for data center development, citing its abundant supply of geothermal power. At the time, we noted that companies considering Iceland “not forget the source of all that geothermal energy: Iceland sits atop an active volcanic rift.”

Early this year Verne Holdings announced that it had secured funding from the UK's Wellcome Trust to complete the first phase of a new data center in a former NATO Command Center in Keflavik, Iceland.

But what about placing data centers near active volcanoes? Iceland’s predominant wind and weather pattern flows from West to East, so Verne and Thor have chosen sites to the west of the country’s active volcanoes, so any ash plumes would be blown away from the data center.