Swayed by the restoration of a key tax break, Microsoft has begun construction on a second data center in Quincy, Washington in what will be the first implementation of the company's new Generation 4 design. 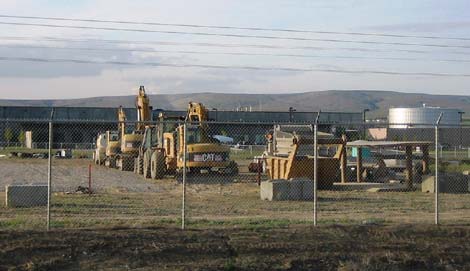 Swayed by the restoration of a key tax break, Microsoft has begun construction on a second data center in Quincy, Washington, which will be the first use of its innovative new data center design.

"I can confirm that we are expanding our facility in Quincy," said Monica Drake, a spokesperson for Microsoft's Global Foundation Services, which operates thew company's data centers. The company had no additional comment.

Major Shift from Azure Migration
The new construction marks a major course change for Microsoft, which last year migrated its Windows Azure cloud computing infrastructure out of Quincy, citing Washington state's 2008 ruling that data centers were no longer covered by a sales tax break for manufacturers.

The resumption of work on the Quincy campus appears to be a direct result of the recent restoration of those tax incentives by the state legislature.

The new data center is being built next to Microsoft's existing 470,000 square foot data center in Quincy, which was built in 2007 and is now one of the largest data centers in the world. But the new facility will be dramatically different in both its cost and design. After years of investing up to $500 million in each data center project, Microsoft plans to spend about $250 million or less on each data center going forward.

Innovative Container Design
Microsoft’s new design is built around IT PACs, which are data center containers designed to operate in all environments. The Microsoft containers employ a free cooling approach in which fresh air is drawn into the enclosure through louvers in the side of the container – which effectively functions as a huge air handler with racks of servers inside. See this video explainer for details.

This next-generation design allows Microsoft to forego the concrete bunker exterior seen in the original Quincy facility in favor of a steel and aluminum structure built around a central power spine. The data centers will have no side walls, a decision guided by a research project in which the company housed servers in a tent for eight months.

Quincy has become a magnet for data centers because of its abundant supply of cheap, “green” hydro power generated by area dams. Microsoft pays just 1.9 cents per kilowatt hour for its power in Quincy, compared to rates of 12 cents an hour in Silicon Valley and even higher in the New York market. Yahoo, Ask.com, Intuit, Sabey Corp. and Base Partners have also built or announced data center projects in central Washington.

Data Centers Operators Organize
Early this year, the region's data center providers joined with the Washington Technology Industry Association and the town of Quincy to form the Washington needs Jobs coalition, which successfully lobbied to get the tax incentives restored.

The tax controversy in Washington State erupted in December 2007 when attorney general Rob McKenna ruled that data centers were no longer covered by a state sales tax break for manufacturing enterprises because they “do not produce a product which is sold to the companies’ customers.”