Cisco Systems (CSCO) has confirmed that it is officially developing a data center container product, and is targeting the federal government - and especially the military - with its container offering. 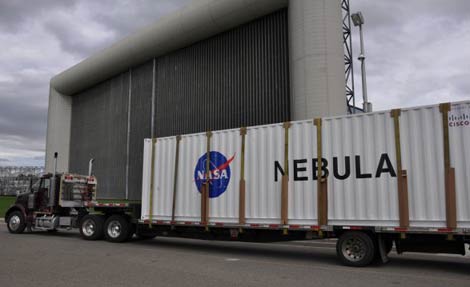 It's no surprise that Cisco Systems has confirmed that it is officially developing a data center container offering. In reality, Cisco (CSCO) has been busy in the container market for some time, most visibly in procuring a container for the Nebula cloud computing project at the NASA Ames Research Center in Mountain View, Calif. The Nebula “data center in a box” was built inside a FOREST container from Verari Systems filled with Cisco Systems’ Unified Computing System (UCS).

Now Cisco is packaging a UCS-packed container as a product, with the U.S. government as its anchor customer. "We're looking at a model of building a Cisco container - with a Cisco part number - that will contain the unified computing platform," said Bruce Klein, Cisco's U.S. public sector senior VP.

InformationWeek reported that Cisco had orders for 150 containers for the U.S. military.

Given its experience with the Nebula container, Cisco may also be shaping up as a beneficiary of NASA"s decision to revamp its $1.5 billion data center road map, apparently to include a larger cloud computing component.

Cisco's container offering is described in a brochure on a portion of its web site dedicated to government solutions. The company says the containers can be deployed in 12 to 16 weeks and operated with a Power Usage Effectiveness (PUE) rating of 1.05 to 1.25. The enclosure can contain either Cisco gear or third-party equipment.

What's not clear is whether Cisco is building these units itself, or sourcing them from an existing player in the container market. Cisco was said to be shaping up as a regular container customer for Verari when the high performance computing specialist had a near-death experience in December, laying off most of its employees before regrouping under co-founder Dave Driggers.

Verari has also had some success with containers for the military, as shown in a white paper documenting the performance of a "BlackFOREST" container for a federal government agency. It's not clear whether Cisco will continue to work with the "new Verari," which is emphasizing partnerships under Driggers.