Microsoft To Cut Data Center Costs in Half 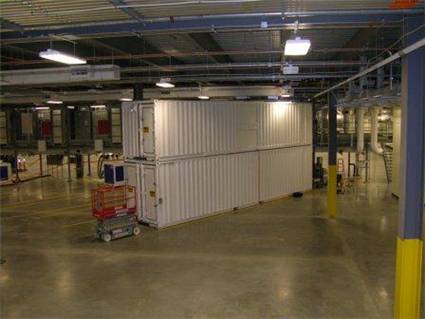 A look at one of the double-decker data center containers in the Microsoft Chicago data center.

Microsoft's data center containers are packed with thousands of servers. But perhaps the most important thing they are containing is cost. After years of investing up to $500 million in each data center project, Microsoft plans to spend about $250 million or less on each data center going forward.

"I have a goal for the team to reduce costs by 50 percent or more in the next-generation builds," said Kevin Timmons, who heads Microsoft’s data center operations team. "We're on track to meet that goal. I can't be any happier about that."

After a period of industry growth in which greater scale usually was accompanied by a higher price tag, Timmons said his goal is for Microsoft's data center network to be "incredibly scalable at awesome cost effectiveness."

Containers Enable Design Innovation
The cost containment effort at Microsoft is driven by the company's container-based data center design. Many data center professionals have debated the operational economics of data center containers in recent years. At Microsoft, the container - known as an IT-PAC, short for "pre-assembled compnent" - serves as the foundation of a broader shift to a modular, component-based design that offers cost-cutting opportunities at almost every facet of the project.

That starts with the building itself. Microsoft's IT PACs are designed to operate in all environments, and employ a free cooling approach in which fresh air is drawn into the enclosure through louvers in the side of the container - which effectively functions as a huge air handler with racks of servers inside.

This next-generation design allows Microsoft to forego the concrete bunker exterior seen in many data centers in favor of a steel and aluminum structure built around a central power spine. The data centers will likely have no side walls, although they will have roofs, which is a revision from earlier design concepts. Microsoft's decision to leave the facility open to the air was guided by a research project in which the company housed servers in a tent for eight months.

Less Capital-Intensive Construction
After the data center framework is completed, groups of data center containers can be added in phases as Microsoft needs to bring new capacity online to support its growing cloud computing operation. Timmons says this approach is less capital-intensive for Microsoft, allowing the company to start with a smaller up-front investment in construction, and spread expansion costs using a just-in-time model. This approach is enabled by the containers, which can be assembled and shipped quickly, arriving on-site pre-populated with servers.

Timmons says this approach makes it "orders of magnitude cheaper to get up and into the game." He is also emphasizing the ability to use the supply chain to gain cost efficiencies in Microsoft's next-generation data centers. The use of modular systems and repeatable designs  can drive the cost and delays out of data center construction, while leveraging the power of bulk purchasing.

Server-filled containers are just the beginning of Microsoft’s PAC strategy, according to Microsoft’s Daniel Costello, who discussed the company's focus on the supply chain last September when Microsoft opened its Chicago data center, the first facility built around containers.

Costello said the company is issuing requests for proposals (RFPs) to vendors for containerized electrical and mechanical equipment. “For us, it’s about pre-manufactured modularization,” said Costello.