HP has rolled out a 20-foot Performance-Optimized Datacenter (POD), offering a smaller version of the 40-foot data center container it introduced in 2008. 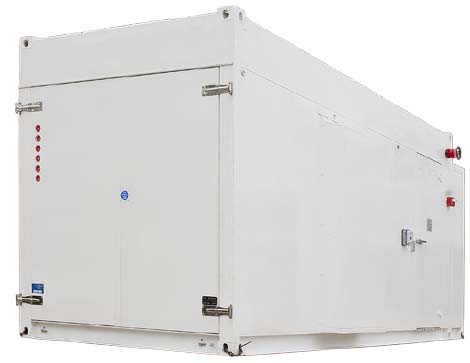 HP has rolled out a 20-foot Performance-Optimized Datacenter (POD), offering a smaller version of the 40-foot container it introduced in 2008. The new offering offers a lower price point for companies that need mobile computing or expansion space, but may not require a full container of IT equipment.

With the smaller form factor, HP also matches the container options from Rackable, Verari and IBM, which all offer the choice between a 20-foot or 40-foot container. The marketing of the 20-foot unit also reflects a focus on customer choice. The 40-foot POD was painted blue and featured prominent HP logos. The marketing photos of the 20-foot version show  an all-white container with no logos.

The message? HP clearly wants its container to be seen as more than just a sales vessel filled with HP gear. The company has always emphasized that the POD supports servers from any vendor, but appears to be stepping up that message.

The 20-foot POD can hold 10 racks of equipment, and shares many of the design features of its 40-foot kin, including the ability to maintain the cold aisle at temperatures as high as 90 degrees, which is significantly warmer than the 68 to 72 degrees seen in traditional data centers. The POD features taller-than-usual 50U racks to separate and contain the hot and cold aisles.

HP says the POD can operate at a Power Usage effectiveness (PUE) of 1.25, and can be delivered in just six weeks. The 20 foot HP POD is available at a starting list price of $600,000 (not including the IT equipment deployed inside), or about half the price of the 40-foot version.