A California utility will buy thermal energy storage systems and distribute them to commercial customers, hoping the move will shift power usage to off-peak hours. The concept may hold promise for the data center industry, where thermal storage is lightly implemented but offers the potential for significant peak-shaving savings on power bills. 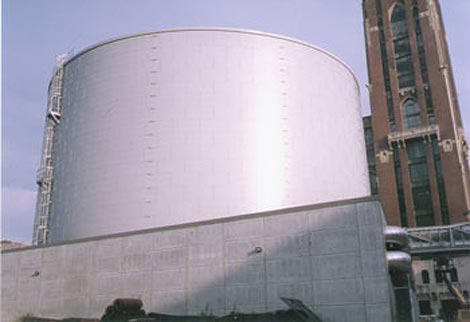 A California power authority will buy thermal energy storage systems and distribute them to commercial customers, hoping the move will shift up to 50 megawatts of daily electricity usage to off-peak hours.

Although the project is targeting small to medium-sized customers, the concept  may hold promise for the data center industry, where thermal storage is lightly implemented but offers the potential for significant savings on power bills. Utilities in some states are already offering incentives to data centers that reduce energy use by virtualizing servers or upgrading to more efficient equipment.

Thermal energy storage can reduce costs by allowing companies to run air conditioning systems at night, when power rates are cheaper. During daytime hours, when demand on the grid is higher and electricity is mor expensive, these customers can tap the energy storage system, which serves as a "battery" that substitutes for the air conditioner. Thermal storage systems typically use ice or liquid coolant that can be chilled and then used in heat exchange systems.

Changing When Power is Consumed
“By using storage to change how – and more importantly when – energy is consumed by air conditioning, we can offset enough peak demand in the region to serve the equivalent of 10,000 homes," said Bill Carnahan, Executive Director of SCPPA.

“This project includes all of the aspects we look for: managing electrical consumption, improving system efficiency, reducing greenhouse gases, and creating regional jobs for our communities," added Jeffrey Byron, Commissioner of the California Energy Commission.

Byron was a panelist at the Data Center Energy Efficiency event held in November by the Silicon Valley, where PG&E's Mark Bramfitt urged a closer look at energy storage. “I think there’s a tremendous opportunity for data centers in thermal storage,” he said. “I think thermal energy storage offers this industry a reliability story.”

Bramfitt has since left PG&E to consult in the field, but helped implement incentvies for data center operators that reduced their power draw from PG&E by using virtualization or Energy-Star-rated servers.