Switch and Data Had Another Suitor

The biggest deal in the data center industry for 2009 was the news that Equinix (EQIX) would acquire Switch and Data in a $689 million transaction. As the year draws to a close, we're learning more about the behind-the-scenes maneuvering that led to the deal, in which Switch and Data (SDXC) spent months weighing competing bids from Equinix and an unnamed international provider. 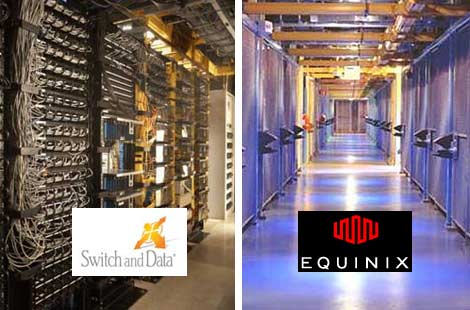 The biggest deal in the data center industry for 2009 was the news that Equinix (EQIX) would acquire Switch and Data in a $689 million transaction. As the year draws to a close, we're learning more about the behind-the-scenes maneuvering that led to the deal, in which Switch and Data (SDXC) spent months weighing competing bids from Equinix and an international provider.

The negotiations with the rival suitors, which began in earnest in April and concluded in late September, are detailed in an SEC filing by Equinix. The existence of a rival suitor for Switch and Data was first noted by Paolo Gorgo in an analysis at Seeking Alpha last week.

In January Switch and Data was approached by "a privately-held firm in its industry based outside of the United States" to discuss a possible business combination. This international company proposed a merger of equals with Switch and Data, which emphasized that it was not for sale but began discussions in March.

Equinix contacted Switch and Data in April to express interest, kicking off five months of talks. Equinix dropped out of the talks in mid May, but resumed discussions in early July. On Sept. 26, the Switch and Data board determined that the Equinix bid - which represented a 32 percent premium to its stock price - was the best outcome for its shareholders.

Who was the mystery suitor? Paolo notes that the description fits Interxion, which already had a joint marketing agreement with Switch and Data. At the time, we noted that the partnership "appears to be a competitive response to the growth of Equinix, which acquired IXEurope last fall, providing it with facilities in major Internet markets on both sides of the Atlantic."

The description could also fit KDDI, the Japanese company that owns colocation and peering providers Telehouse America and Telehouse Europe. KDDI has been actively expanding its Telehouse network in Europe and Asia, but has not announced plans for expansion in the U.S. beyond its three existing facilities.

Averting A Global Competitor
By stepping up to outbid the international firm, Paolo notes that Equinix was able to "avoid the creation of a global competitor in the sector, and stopped a foreign entity from achieving a US listing (without going through an IPO) and a strategic footprint in the most important market for the colocation sector."

The acquisition was also driven by the economics of data center development, allowing Equinix to enter new geographics and add capacity in key existing markets for less than it would have cost to build new facilities in those locations.

The Equinix-Switch and Data deal combines two of the largest players in the market for colocation and interconnection services, and gives Equinix a presence in 16 new markets across North America, including Atlanta, Denver, Miami, Seattle and Toronto.

Vote Set For Jan. 29
The deal is currently undergoing regulatory review, and Switch and Data shareholders are scheduled to vote on the Equinix proposal at a Jan. 29 shareholders meeting.

The deal may have additional ripples as competitors weigh their strategic options going forward. The Sunday Times of London reports that Interxion may be planning an IPO in 2010. The paper says the company has been in discussions with investment banks about a public offering on the NASDAQ market.

It's important to note that this is not the first time UK media have predicted an Interxion offering. Exactly two years ago the Guardian wrote that Interxion was discussing an IPO with investment banks. Instead, the company remained privately held and raised $190 million to continue its aggressive expansion of its data center network, which now spans 26 facilities in 11 countries.