The Emerging Market for Wireless Backhaul 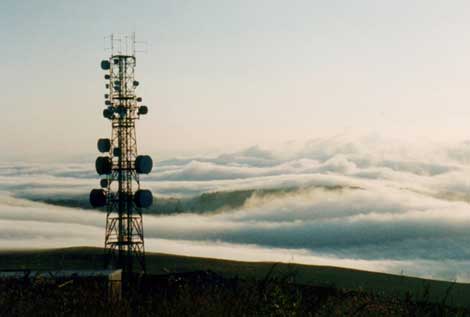 Last Thursday Level 3 launched a wireless tower access service offering wireless tower operators direct connectivity to the Level 3 backbone, which would provide cost-effective options for wireless backhaul in metropolitan and rural locations. This is a growth market, according to analysts like Jennifer Pigg from the Yankee Group, who says mobile operators are scrambling to meet capacity demand and predicts that mobile data traffic will grow by an order of magnitude in the coming years.

The towers are located in rural areas and offer voice, data and Internet services as an alternative to incumbent providers. Level 3 also offers shared infrastructure to allow wireless carriers to expand without building their own towers.

Wireless data networks have been an increasingly hot market in recent months, according to Visiant Strategies, which examined the market in a report titled US Mobile Backhaul 2010: Continued Expansion 2009 to 2015. "All wireless carriers in the United States are continuing to ramp up their networks with technologies that allow much greater capacity and the use of much more capacity per user, mainly a result of meaningful wireless data applications and devices, and this means much more backhaul capacity will be needed," wrote Andy Fuertes of Visiant Strategies.

It's been a busy time for news announcements from the wireless backhaul industry. Some recent examples:

There were a large number of vendor announcements from Chicago last week, where the 2009 Supercomm conference was held.  Announcements came from Juniper, BridgeWave, Exar and many others.  The opening keynote came from U.S. CTO Aneesh Chopra.