The Uptime Institute Sold to 451 Group

The Uptime Institute, the think tank and consultancy that developed the widely-used system for defining data center reliability, has been acquired by The 451 Group. 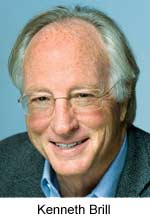 The tier system is changing hands. The Uptime Institute, the think tank and consultancy that developed the widely-used system for defining data center reliability, has been acquired by The 451 Group, the two companies announced yesterday (PDF).

This is the second acquisition of a data center research organization by The 451 Group, which previously bought Tier 1 Research in 2005. The Uptime Institute was founded by Kenneth Brill, a long-time thought leaders in the data center industry. The 451 Group said Brill will step back from management and operational leadership of the Institute, but will serve as a global spokesman on behalf of the organization.

W. Pitt Turner, IV, who heads Uptime's professional services business, will become the Executive Director of the Uptime Institute and report to 451 Group CEO Martin McCarthy, who will now be Uptime's chairman.

"Particularly now, when the promise of cloud computing can obscure the criticality and vulnerability of physical infrastructure, The Uptime Institute plays a unique role for all organizations for which full-time availability of mission-critical facilities is paramount," McCarthy said.

"The 451 Group provides the perfect home for Uptime," said Brill. "Its reputation for independence aligns well with the Institute's credo of vendor neutrality. The 451 Group's subsidiary, Tier1 Research, will help carry the Institute's insights further into the burgeoning third-party data center market."

A key component of the deal appears to be Uptime's recent expansion of its professional services business. "Uptime Institute Professional Services will continue to deliver and expand its Tier Program," said Turner. "The current Tier Program awards - including Tier Certifications (for sites) and Accredited Tier Designers (for design professionals) in nearly 30 countries - will continue to signify completion of the most comprehensive third-party validation program in the data center industry. Uptime Institute Professional Services eagerly anticipates reaching all industries and regions with services defined by technical rigor and long-term operations focus."

The tier system was developed by The Uptime Institute to classify different levels of data center reliability, and has become central to discussions of how to plan and design enterprise data centers. Uptime refers to it as the “de facto industry standard for predicting site reliability.” But the four-tier rating system also has its critics, and a recent critique from Digital Realty Trust (DLR) has prompted a public response from the Uptime Institute.

Earlier this year Uptime began a process to provide end users with the ability to suggest adjustments to the tiers to address the changing environment. The 451 Group's acquisition announcement didn't specifically address the future path for the tier system.

The 451 Group is headquartered in New York, with offices in key locations, including San Francisco, Washington, D.C., London and Boston.