Dell (DELL) is acquiring Perot Systems (PER) in a deal valued at $3.9 billion. The deal follows months of hinting from Dell about making an acquisition to boost its data center business. 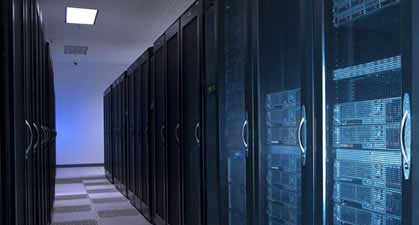 Dell is acquiring Perot Systems in a deal valued at $3.9 billion, the companies said this morning. The deal, which has been approved by the boards of both companies, follows months of hinting from Dell about making an acquisition to boost its data center business. The offer works out to $30 a share, a 68 percent premium over Friday's close for Perot Systems.

Dell (DELL) said the acquisition will allow it to offer a broader range of IT services, and a built-in market for its hardware among Perot Systems' existing customers. Perot Systems has a strong footprint in the health care and government, which provide 48 percent and 25 percent of its revenues, with the remainder in the enterprise sector. Those two sectors are expected to see strong growth due to the Obama administration's economic stimulus plan, which is expected to boost the adoption of electronic health records and upgrades of federal agencies' IT infrastructure.

In a press release, the companies said the deal "provides some compelling opportunities for improved efficiency," a phrase with implications for the workforces of the two companies.

"We consider Perot Systems to be a premium asset with great people that enhances our opportunities for immediate and long-term growth," said Dell chairman and CEO Michael Dell. "This significantly expands Dell’s enterprise-solutions capabilities and makes Perot Systems’ strengths available to even more customers around the world. There will be efficiencies from combining the companies, but the acquisition makes such great sense because of the obvious ways our businesses complement each other."

Perot Systems (PER) was founded by H. Ross Perot, who leveraged the wealth accumulated through his company's success to mount two independent campaigns for president. The company reported 2008 revenue of $2.8 billion. The company has more than 23,000 associates located in the Americas, Europe, Middle East and Asia Pacific.

"Today’s announcement is the next step in formalizing a relationship that has flourished for some time," said Perot Systems chairman Ross Perot Jr. "When my father founded Perot Systems he envisioned a global information-technology leader. The new, larger Dell builds on that promise and its own successes by taking Perot Systems’ expertise to more customers than ever."