Are large users moving to lock down data center space in key markets ahead of future shortages? One landlord says those concerns may be a factor in a burst of recent leasing in Northern Virginia. 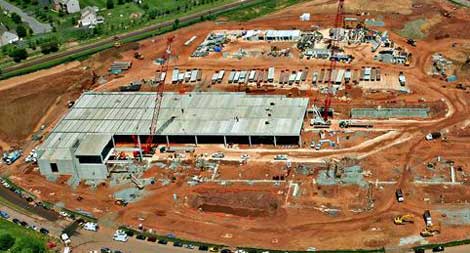 Are large users moving to lock down data center space in key markets ahead of a potential shortage next year? Concerns about the availability of high-quality space are a factor in a flurry of leases in northern Virginia in recent weeks, according to one of the region's largest data center landlords, who says Internet companies are seeking an early-mover advantage by signing leases now.

The reports are the latest indicator of the effect the credit crunch is having on the data center market. The economic crisis is affecting demand for data center services, a trend seen most clearly in longer sales cycles for some managed hosting and colocation services. But it's having an even larger impact in the supply of data center space by limiting new construction. Data center construction typically takes 12 to 24 months, setting the stage for a pronounced supply-demand imbalance in the most active markets.

"We are seeing a supply restriction in all major markets, especially Northern Virginia," said Hossein Fateh, president and CEO of DuPont Fabros Technology (DFT), a data center developer. "The lack of supply has led to a increase in leasing, and we will continue to see that."

As the head of a company that owns and operates five data centers in northern Virginia, Fateh is inclined to see strong demand in the region. There are still a number of buildings in northern Virginia with space available for data center development. But the recent leasing at DuPont Fabros' Virginia facilities indicates that companies with substantial requirements for data center space are acting now on leases, despite the uncertain state of the economy. Here are the details of the activity in recent weeks:

A shortage of data center space in strategic markets is a special concern for companies that will require large chunks of space to expand their operations. As existing space fills up, large footprints will become more difficult to find. That's one reason for the tenant interest in the new ACC5 facility, which allowed DuPont Fabros to restart the project.

Fateh says the credit crunch will increase the value of existing data center space, as well as ongoing projects like ACC5 that can still come to market in this environment.

"Data center development, especially in the private sector, has absolutely come to a halt,"  Fateh said on the company's recent earnings call. "It takes a year to buy a piece of land and design a data center, and it takes another year to build it. We probably will not have (new data center construction) financing available for a year or two. So that means we will continue to see a restricted supply for three to four years. We believe we will benefit from the limited quantity of high-quality data center space coming online."