Just five of the 15 leading social networks managed uptime of 99.9 percent ("three 9s") or better, according to new data from Pingdom, which shows MySpace and Facebook among the leaders, and Twitter trailing the pack. 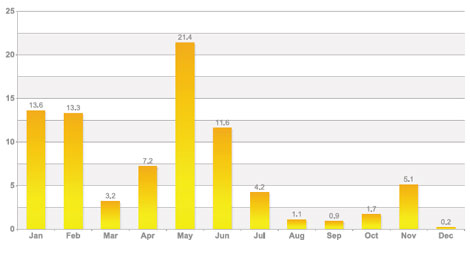 Facebook and MySpace were among the most reliable social networks in 2008, while Twitter and LinkedIn had the worst uptime, according to a new report from Pingdom (PDF). Just five of the 15 leading social networks tracked by Pingdom managed uptime of 99.9 percent ("three 9s") or better.

MySpace had just 4.8 hours of downtime in 2008, while Facebook was offline for a total of 7.2 hours. That put the two social media giants in the top five, trailing Xanga, Classmates and iMeem.

Twitter was easily the worst performer with 84 hours of downtime, but the vast majority of those problems occurred in the first half of 2008, when the microblogging service struggled to manage its surging traffic. "July and onward has seen a big improvement in site availability for Twitter," Pingdom reports.

Not so for LinkedIn, which saw the opposite trend, with a deterioriation in reliability over the second half of 2008. "Each quarter has seen a larger amount of downtime than the one before it," Pingdom notes.