PAIX: A Key Hub, From Alta Vista To Facebook

The Palo Alto Internet Exchange facility was the first major carrier-neutral Internet exchange point, and continues to be a key part of Switch and Data's PAIX interconnection business. 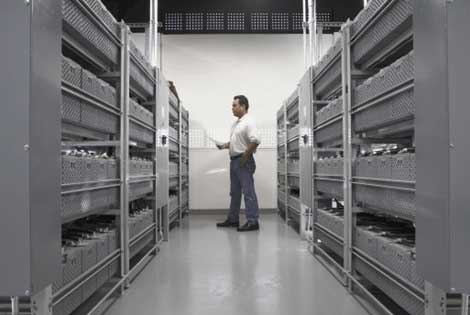 A look at the battery room in the Switch and Data PAIX data center in Palo Alto, Calif. 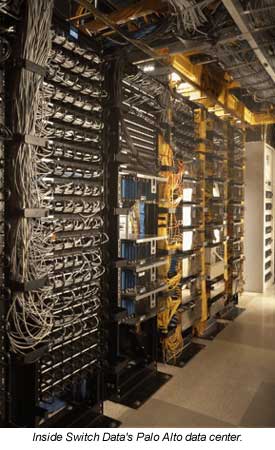 Last week I noticed a link touting an "Exclusive Look at Facebook's Main Data Center" and clicked through, only to encounter photos of the building housing the Palo Alto Internet Exchange (PAIX). Apparently Facebook's mojo has made its presence the headline-grabber in any facility where it houses equipment. But veterans of the data center industry know that the PAIX, which is now operated by Switch and Data (SDXC), has a fabled history that predates the social networking boom.

In 1996 the PAIX facility was established as the first major carrier-neutral Internet exchange point, providing connectivity from multiple fiber providers. That bucked the trend at a time when most major exchange points were owned or controlled by telecom companies. The Palo Alto exchange was launched in the incubator labs of Digital Equipment, and its founders included Jay Adelson (who went on to found Equinix and Digg) and Paul Vixie (author of BIND and a key player in the DNS industry).

"The primary reasons the Palo Alto exchange existed was for interconnections," said Drew Leonard, a PAIX veteran who is now director product marketing for Switch and Data. "It wasn’t a server farm. It was really customers who wanted access to the PAIX peering fabric."

That peering operation started in the basement, which quickly got crowded as demand for space grew. "We were putting people everywhere just to fit them in," Leonard recalled. The technical space was soon expanded to the first floor, and has since grown to encompass nearly the entire building.

HQ for Alta Vista
The PAIX site on Bryant Street was the first public school in Palo Alto, which is also home to Stanford University. The building eventually became part of Digital Equipment, and also served as the headquarters for DEC's Alta Vista when it was the top Internet search engine.

In 1999 the PAIX operation was bought by fiber provider Abovenet for $75 million, which set up a separate board to ensure the continued carrier neutrality of PAIX. Abovenet soon became Metromedia Fiber Network and expanded PAIX into a brand for carrier-neutral facilities in Atlanta, Dallas, New York, Seattle and Vienna, Va. in addition to the original Palo Alto site.

MFN wound up in Chapter 11 in 2002, and Switch and Data stepped forward to purchase the PAIX assets from the bankruptcy court for $40 million. The PAIX acquisition formed the nucleus of Switch and Data's interconnection business, which has since grown to more than 20,800 cross-connects generating $13.6 million in revenue in the fourth quarter of 2008.

More Colo Space Added
Switch and Data expanded the Palo Alto building in 2006. "We went through a seismic retrofit, there was a power upgrade, and we opened the second floor to colocation," said Leonard. "When we did that, it really opened up a new line of business. Today there’s about 45,000 square feet of space."

The PAIX building still doesn't host high-density server farms, but houses equipment for nearly 100 providers exchanging network traffic. "It’s all about optimizing traffic," said Leonard. "Palo Alto offers a unique opportunity as the primary peering point between Asia and the US. That’s where the handoff between the Asian networks and US networks takes place."

And yes, that includes Facebook. Switch and Data doesn't identify its tenants, but peering records confirm that Facebook uses the Palo Alto facility as one of seven sites it uses to route global network traffic among its 150 million users -  most of whom may not remember Alta Vista, but continue to experience the benefits of the carrier-neutral model.