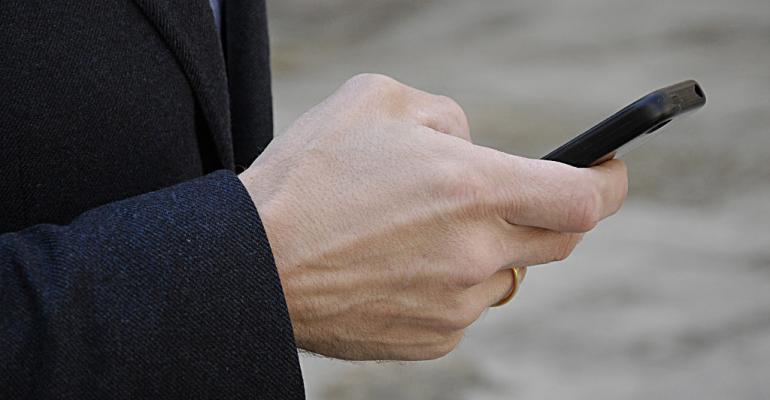 Nuvia founder claims Apple reviewed his confidential text messages before suing him for launching his own startup.

Mark Gurman and Edvard Pettersson (Bloomberg) -- A former Apple Inc. executive who worked on the chips that power iPhones claims the company reviewed his confidential text messages before suing him for launching his own startup.

Gerard Williams III left Apple in February before starting Nuvia Inc. that same month with several other former Apple developers. Williams was the “chief architect” for all of Apple’s chips for its mobile devices. His new company is developing processors for use in data centers. In November, Nuvia exited stealth mode and announced funding worth $53 million.

Apple sued Williams for breach of contract in August, saying he was barred in an intellectual property agreement from planning or engaging in any business activities that are “competitive with or directly related to Apple’s business or products.”

In response, Williams accused Apple of a “stunning and disquieting invasion of privacy” over its monitoring of his texts. In one message, Williams said Apple would have “no choice but to purchase” his new company.

In “Apple’s theory, if one Apple employee speaks to (or texts) another employee conveying criticisms of Apple’s strategies or decisions, that discussion is itself a purportedly unlawful ‘solicitation’ to leave Apple,” he said in a filing.

Apple has used privacy to heavily promote its gadgets and services in recent years, while criticizing other technology companies, including Google and Facebook, for using too much personal data.

Cupertino, California-based Apple said in its complaint in state court in San Jose that criticism of the company in text messages by Williams signaled he was encouraging Apple co-workers to depart the company and join Nuvia. Apple also said that Williams “planned and developed” Nuvia while still employed at Apple and used his knowledge during his tenure of almost a decade at the iPhone maker to develop technologies that would later be used at Nuvia.

While Apple’s public-facing work is on mobile chips that wouldn’t immediately appear to compete with Nuvia’s server chips, Apple said in its suit that it has “considered designing (or customizing)” servers and has “researched and developed significant server-related technology to optimize performance of servers used in its own operations and development work.”

Williams has a hearing set for Jan. 21 to try to get the case dismissed. Williams and his lawyers claim Apple’s lawsuit is “desperate effort to shut down lawful employment by a former employee.”

--With assistance from Ian King and Joel Rosenblatt.