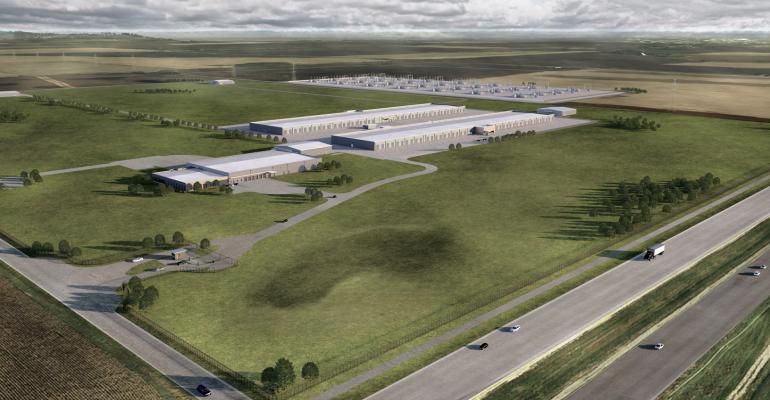 The investment plan includes expansion on four existing campuses and a new build in Iowa.

Apple said Thursday it plans to invest $10 billion in US data center construction over the next five years. It expects to have spent $4.5 billion of the ten this year and next.

The company revealed the plan as part of a broader investment in staff and facilities expansion across the US. That broader plan includes a new 133-acre campus in Austin, Texas, expected to eventually have enough room to house 15,000 employees and make Apple the largest private employer in town.

The announced Apple data center investment includes currently ongoing expansion projects at the company’s data center campuses in Maiden, North Carolina; Mesa, Arizona; and Sparks, Nevada. It also includes the cost of a new data center in Waukee, Iowa, where preparations for construction are underway, the company said in a statement.

In addition to the three Apple data center campuses mentioned above, the company has data centers in Newark, California, and Prineville, Oregon, and leases space in other locations from commercial data center landlords. It’s also been building a data center in Denmark and announced plans to build a second one there.

Apple announced the Iowa project, just outside Des Moines, in August, after securing a $208 million tax-break package from local and state governments. The company said at the time that it expected to invest $1.3 billion in the facility.

In addition to expanding its employee base in Austin, Apple said it planned to add more than 1,000 employees each in Seattle, San Diego, and Culver City. The company is also planning to add “hundreds of new jobs” in Pittsburgh, New York, Boulder, Boston, and Portland.